As the beleaguered Michigan city continues to recover from its water crisis, the young celeb is lending a hand through his charity 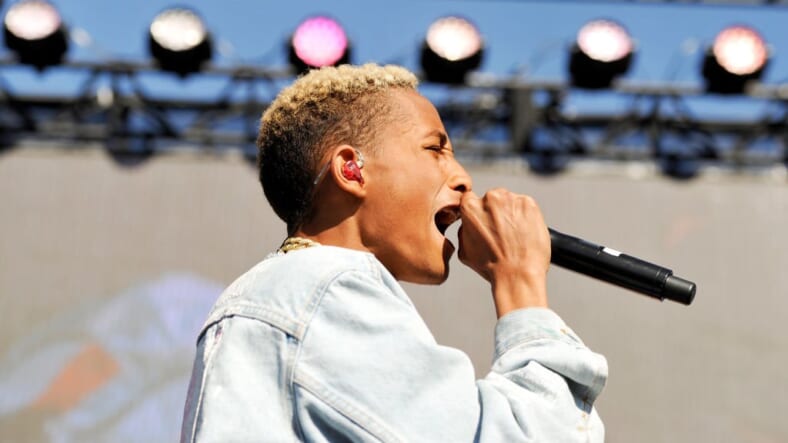 The 20-year-old’s JUST goods company collaborated with the church to design and engineer the system. He is the son of Will and Jada Pinkett Smith.

The church has distributed over 5 million bottles of water to residents, but bottled water donations are on the decline.

Flint has been replacing water lines after lead-tainted water was discovered in 2014. Lead began leaching from pipes after the city tapped the Flint River for drinking water without properly treating it to reduce corrosion.

READ MORE: Judge Greg Mathis heads to Flint, Michigan to try to fix the water crisis once and for all

Judge: Give me weeks for decision in big Flint water case

FLINT, Mich. (AP) — A judge said Wednesday it will likely take weeks for him to decide whether Michigan’s former health director will continue to face involuntary manslaughter charges arising from the Flint water crisis.

The issue for Genesee County Judge Joseph Farah is whether to overturn a ruling last summer by a judge in a lower court. Nick Lyon, who led the Department of Health and Human Services until Jan. 1, has been ordered to trial in the deaths of two men who had Legionnaires’ disease.

Lyon is accused of failing to timely tell the public about an outbreak that has been linked by some experts to bacteria in Flint’s lead-tainted water in 2014-15.

Farah said he wants to get an opinion out within 90 days.

A District Court judge found enough evidence to send Lyon to trial, a low legal threshold in Michigan. But a defense lawyer argued that Farah first needs to look at state law. John Bursch said Lyon had “no legal duty” to inform the public and can’t be charged with manslaughter.

There was much speculation about the cause of the Legionnaires’ outbreak, Lyon’s defense team has repeatedly said.

“They can’t proffer any evidence that a public notice would have changed anything,” Bursch said Wednesday.

But special prosecutor Todd Flood said Lyon had extraordinary powers, including the authority to shut down a hospital where legionella bacteria were detected.

Flint, while under state financial management, switched to the Flint River for water in 2014 without treating it to reduce corrosion. Lead leached from pipes, contaminating the system in the city of 100,000 people. At the same time, at least 90 cases of Legionnaires’ occurred in Genesee County, including 12 deaths.

Farah said it’s not his job to provide “global satisfaction” in one of Flint’s “greatest tragedies.”

“If you’re looking for all wrongs to be righted, you’ve come to the wrong place,” the judge said to a full courtroom. “This decision will be about the law and the facts and nothing more and nothing less.”