According to 2 Chainz, it all came down to loyalty. 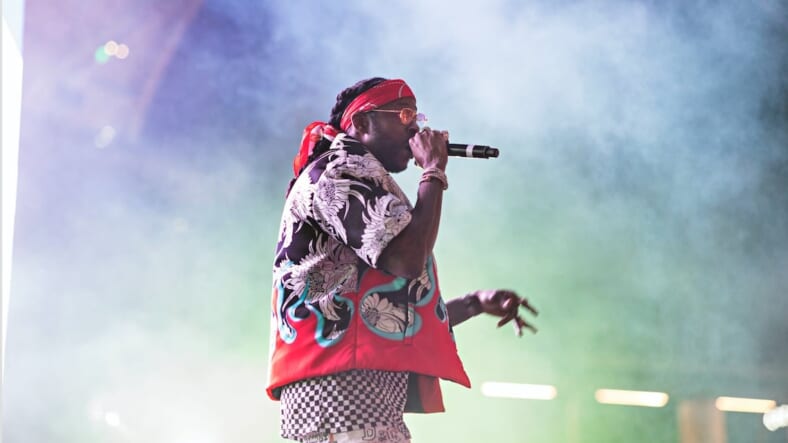 2 Chainz dropped a bombshell during his a new YouTube series #CrateTalk, during which he revealed that he was once close to reppin’ Roc Nation.

For the inaugural episode, the rapper explains to special guest Steve Stoute why he declined to work with JAY-Z during the Watch the Throne-era.

According to 2 Chainz, it all came down to loyalty. He said when JAY offered to fly him out for a meeting in New York, the “It’s A Vibe” rapper asked if his DJ could come as well, but Jigga wasn’t feelin’ that. 2 Chainz credits his success to DJ Teknikz so he wasn’t about to take a meeting with one of the biggest rappers in the game without his right hand man.

“Hov told me that he wanted to do business with you and you turned him down,” Stoute says at the 5:45 mark in the clip. “What about that?”

Chainz then drops the deets on what exactly went down and how persistent Kanye West was over the matter.

“I was already speaking with Kanye on and off,” 2 Chainz said, according to Complex. “While they was in Paris working on Watch the Throne, Ye would hit me the whole time talking about my mixtapes and just was speaking to me where we just built a great relationship on the phone because we share some of the same similarities, right?”

It was during this time that Jay-Z hit him up and invited him to the East Coast. 2 Chainz wanted to bring along DJ Teknikz but the request was denied.

Of course, there was no love lost between the two hip hop stars, as 2 Chainz previously revealed that he tried to get JAY on Rap or Go to the League but “the timing apparently wasn’t right,” he said recently during an interview with The Breakfast Club.