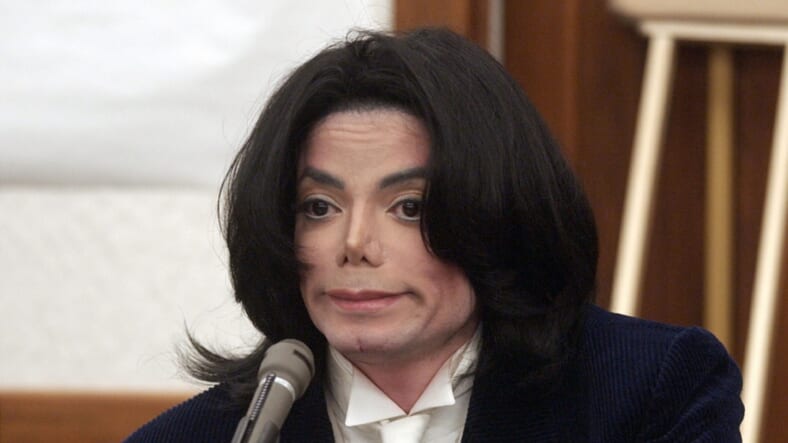 When I watched Surviving R. Kelly, I had visceral response to all of it. The manifold accounts of awful and illegal behavior that was still occurring at the time of the documentary’s airing was so much to take in. So, when I prepared to watch Leaving Neverland, I thought those feelings would be magnified because I actually liked Michael Jackson; his music has played a significant role in my life, whereas I can maybe stick all the R. Kelly cuts I like onto one 80-minute CD and have room left.

But after enduring the slow, patience-testing four hours that is Leaving Neverland, I feel no rage. I’m disturbed, but I’m also left with way more questions than the documentary answered. The six hours (with commercials) of Surviving R. Kelly was consistently compelling and insightful (word to dream hampton), but Neverland felt like a job; the need to write this recap is the only thing that kept me from turning it off and returning to my Game of Thrones binge.

Here are my final thoughts on a documentary that almost certainly won’t get the same amount of burn on Black Twitter that Surviving R. Kelly did:

1. Jackson didn’t really want to be married to Lisa Marie Presley. Duh.
Anyone paying attention at the time knew that Jackson’s relationship with Elvis’ daughter was a bit odd, to say the least.  Jimmy Safechuck said that Jackson told him it was only a public-facing relationship and that he couldn’t spend as much time with his family because he had to stunt out in public with his beard. Safechuck’s mom said she felt like she was being “dumped” by Jackson, at which point I wanted to throw my phone into the television.

2. Johnnie Cochran was king of getting shady dudes off
Those of us well over 30 recall how Johnnie Cochran became a modern Black American hero when he challenged the racist, shadetree Los Angeles Police Department and kept O.J. Simpson a free man. But Cochran also represented Jackson against his initial child molestation allegations in the early 1990s; the doc shows a video clip of Cochran insisting that Jackson loves kids “very appropriately.” It sounded like butter at the time, but….we all know the Juice ain’t shit, and there’s a decent chance he was wrong about MJ’s propriety. I would love to see how Cochran would’ve fared in the social media era.

3. The personal stories got annoying
I tuned in to hear about Jackson. We all did. It may seem gauche to suggest that Robson and Safechuck’s stories are insignificant, but director Dan Green spent entirely too much time focused on their fractured and fracturing families, perhaps unfairly suggesting that Jackson was the nexus behind all the bad things. I gained absolutely nothing hearing about Robson’s brother’s jobs or 97 percent of what his sister had to say about anything. We could’ve hacked off a smooth 90 minutes or so getting to the f—ing point.

4. The lack of balance is absurd
Green does a great job in portraying Jackson as a grimy person. But that perspective comes from two men, the family members who love them and…no one else. The very best documentaries offer opinions that contradict each other in an effort to establish balance, but Leaving Neverland has virtually none. Hours in, I was hungry for the Popeye’s Chicken Lady to break through Safechuck’s droning monotone with a “Oh hell nah these fools is lyin’!” Something to help me believe that Green actually did some journalistic research and wasn’t just swan-diving in a pit of money.

5. ‘After Neverland’ is the lamest Oprah episode ever
After beating us over the head by the documentary for four hours, HBO aired an Auntie Oprah special, in which she interviewed Wade Robson, Safechuck and Reed. Problem is, the special felt like the fifth hour of the documentary. No one was expecting one of Oprah’s “You get a car! You get a car!” episodes, but despite her noble intent of providing more exposure to sexual assault, After Neverland should be viewed well after the documentary, because it’s so much more of the same.

6. Even if they’re lying…
Robson is not a particularly sympathetic alleged victim, which he demonstrates even more in part two of the documentary. But even if he and Safechuck are making it all up, that does not mean that Jackson was not a sexual predator. Jackson apologists are quick to jump on the “But what about Kevin from Home Alone?!?” bandwagon when trying to clear Jackson of sexual abuse claims. That’s as asinine as suggesting that every rapist intends to rape every person they’re intimate with, or even friends with.

Given the many years of allegations he’s endured and managed to evade (sound familiar…?), there’s probably some fire there somewhere. I wouldn’t put any amount of money on a bet that Jackson didn’t do things with children that you wouldn’t want a grown-ass stranger doing with your children. The hardest part of all of this is that we need to come to grips with that collectively.