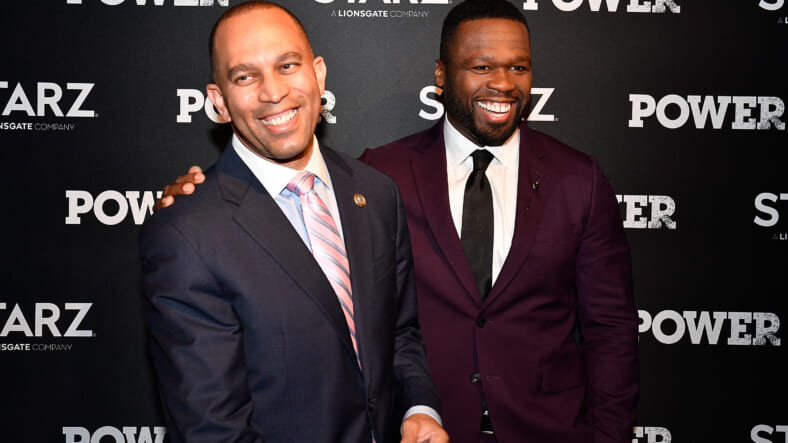 New York Representative Hakeem Jeffries announced his senior leadership team, which consists of a diverse staff of the eight-member team; six people of color and four of them women.

According to Politico, a source who is knowledgeable about the hiring process said that Jeffries, the chairman of the House Democratic Caucus, personally committed to his colleagues that his team would mirror the Democratic Caucus.

The freshman class made history by being the most diverse ever, with a record number of women, which includes the first female Muslim and Native American lawmakers.

“The diversity of experience and background of our new senior team reflects the gorgeous mosaic of the Democratic Caucus and will deliver the resources and expertise needed for each of our members,” Jeffries said in a statement.

Jeffries’ team is also experienced “in the ideological diversity of the Democratic Caucus.”

Gideon Bragin, a longtime congressional aide, will lead the team serving as the executive director of the caucus. Jeffries’ aide, Tasia Jackson, will now be his chief of staff in his personal office and Jeffries’ senior staffer, Michael Hardaway will hold the position as director of communications and senior adviser.

Sandra Alcala will work as the caucus’ member service director and Lakecia Foster Stickney will be the policy director.  Veteran, Manuel Carrillo will continue his role as director of operations and Earnestine Dawson will fulfill the role as digital director for the caucus.

To round out the staff, Christie Stephenson will be the press secretary.

Jeffries, who is currently the No. 5 House Democrat, has made progressive steps in leadership since serving in Congress in 2013. There are talks amongst his colleagues that one day he may be the Speaker of the House one day.

Before serving as caucus chairman, he held the position as one of the three co-chairs for House Democrats’ messaging arm.