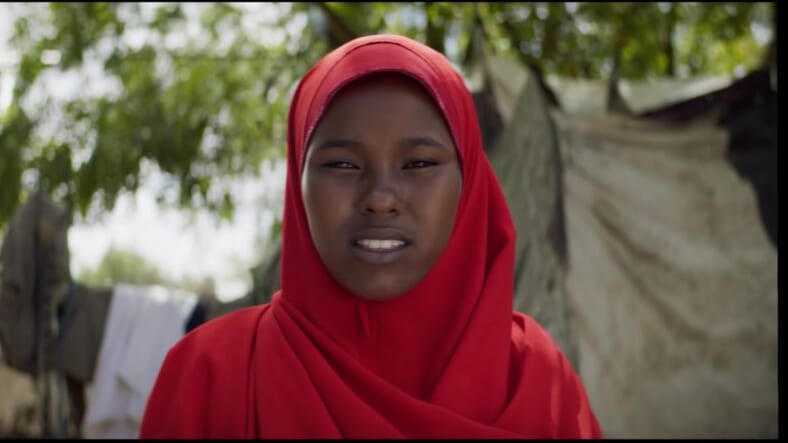 In honor of International Women’s Day, Dear White People star Tessa Thompson and the non-profit organization Girl Rising have collaborated to release a short film detailing the life of a teen girl who lives in a refugee camp in Kenya.

Thompson, who also starred in the big screen version of For Colored Girls, narrates the 20-minute film that follows 17-year-old Nasro, who has lived at the Dadaab refugee camp for a decade. Nasro plays herself in the scripted film, called Brave Girl Rising, that follows her as she navigates her education and takes in inspiration from the women who surround her, according to The Hollywood Reporter.

Girl Rising is a global campaign that pushes the education and empowerment of girls.

“We want to get people talking about the reality for refugee girls all over the globe, the barriers they face in securing basic human rights and the truly transformative power and education for girls living as refugees,” CEO Christina Lowery told THR.

“We believe films like ours can turn bystanders in to activists and we have seen first-hand the results of people who become engaged in the issue and are inspired to act,” Lowery said.

Actor David Oyelowo, who played Dr. Martin Luther King Jr. in the movie Selma, narrates the introduction of the film. He told the news organization that as father to a daughter, he constantly looks for effective ways outside of anger to respond to injustice.

“Behind each of the 17 million refugee girls around the world, there is a story like Nasro’s that deserves to be told,” he said. “Proud to lend my voice to this powerful film and campaign and raise awareness for this pressing issue.”

Girl Rising launched its international campaign in 2012. The organization teamed up with the International Rescue Committee, HP and Citi to create Brave Girl Rising.