The 42 year-old followed in her father's footsteps and was also a professional boxer. 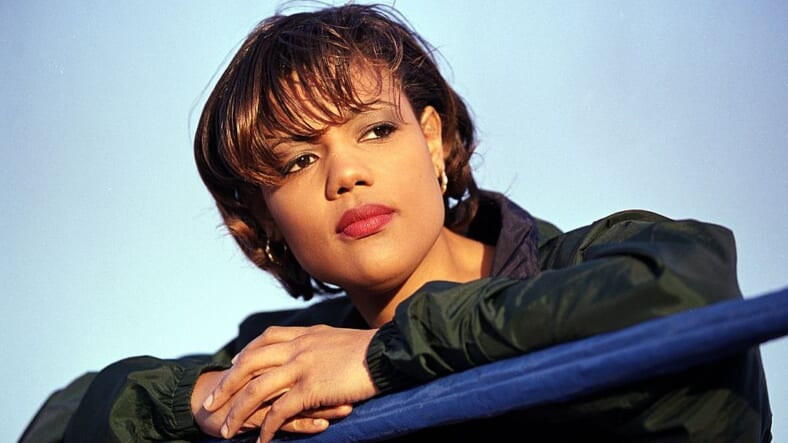 Freeda Foreman has passed at the age of 42. (Photo by Getty Images)

According to TMZ, Freeda was found around 6 p.m. on Friday in her Texas home by a family member. She was unresponsive. TMZ, citing law enforcement sources, say police are waiting for a coroner report to determine her cause of death and rule out foul play.

Reporters from PEOPLE magazine reached out to the Harris County Sheriff’s Office and George Forman’s reps but reported they did not respond to their requests for comment.

On his Twitter page, Foreman tweeted a picture of a horse alongside a newborn colt, along with this message early Sunday morning: “Heaven send(s) so many wonders; too many to have questions about any one thing or event in my life. Lippizana colt just born on the ranch.”

Heaven send so many wonders; too many to have questions about any one thing or event in my life. Lippizana colt just born on the ranch pic.twitter.com/H3qxSOrdwN

Later on Sunday, Foreman tweeted a picture of a young boy who has his arms wrapped around the boxer in a hug. “When somebody loves you it’s no good unless he loves you all the way,” was Foreman’s message.

?When somebody Loves you it’s no good unless He loves you all the way ? pic.twitter.com/YqkewvWml6

George Foreman owns a 300-acre ranch in the Piney Woods of Marshall, Texas, which is also where he was born, according to his website. The ranch is home to different species of birds, ostriches, turkeys, Icelandic stallions, Arabian horses, goats, cows, llamas, donkeys and many other animals.

Following in her father’s footsteps, Freeda also boxed professionally– starting in 2000 and retiring the next year. She ended with a record of 5-1, according to The Houston Chronicle.

Freeda is one of Foreman’s seven daughters. Her mother is Andrea Skeete. Foreman also has five sons, all named George, and reportedly his daughters also carry the boxing legend’s name either as a middle name, as Freeda did, or as part of their first name.

Freeda is survived by her husband, two daughters and three grandchildren, along with her parents and 11 siblings.