Peter Ramsey on his Oscar win: "It's one of those things that you hope other people coming after you can look at it and go: 'Yeah, it can be done. It's possible.'" 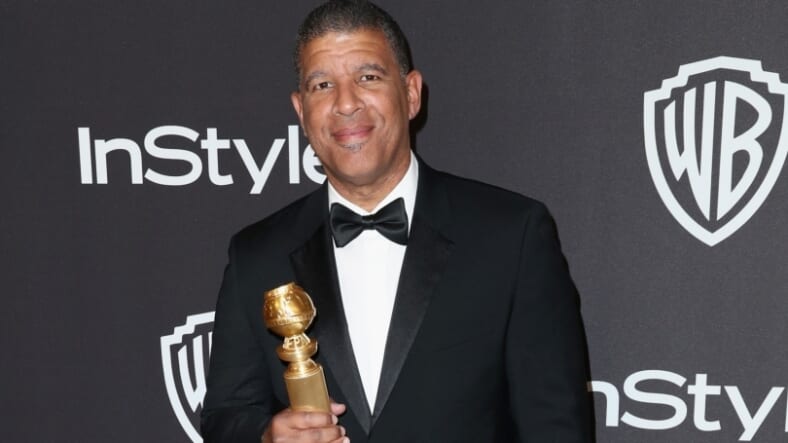 Peter Ramsey, co-director of “Marvels Spider-Man: Into the Spider-Verse, makes history as the first Black man to win an Oscar for Best Animated Feature. (Getty)

Spider-man: Into the Spider-Verse was certified fresh by Rotten Tomatoes, receiving a score of 97% on the “tomatometer.” Critics also raved about the animations, creativity, abstract designs, and the cultural relevance and representation of Miles Morales (played by Shameik Moore) an Afro-Latino teenager from Brooklyn, NY.

Ramsey along with his co-directors, Bob Persichetti, Rodney Rothman, and the film’s producers wanted to make sure Miles was a character that people would love and accept and be real.

During an interview with theGrio, Ramsey shared details about making the film including working with some of the latest technical innovations in film making and working within a very tight schedule. By the time they finished the movie, Ramsey and the crew knew this was going to be a project that would change the way animated films get made going forward.

When asked what it has meant to make history as the first Black Oscar winner for an animated film, he responded: “It’s huge! I mean you never know. You never think of yourself as being a pioneer or making history or anything like that. It’s just trying to do a good job, at least [for] me.”

Ramsey continues, “But it’s one of those things that you hope other people coming after you can look at it and go, ‘Yeah, it can be done. It’s possible.’ I did it and I’m pretty sure you can do it. There’s also so many people before me that contributed to making a space in the industry in the first place, for somebody like me. I kind of think of it as being a person who was just kind of lucky enough and prepared enough to be in the right place when the lightning struck.”

Ramsey also touched on the surge of powerful Black women in Hollywood.

“I can’t think of another time in my life when it seemed so possible and so active…so dynamic,” says the award-winning director. “Stuff seems like it’s really moving and the power that Black women are just starting to have now in the industry, just shows how obvious it is that everybody should have that voice.”

“You’ve got Shonda Rhimes to Ava DuVernay making all these incredible strides. They’re empowering so many more people. There are production companies springing up all over the place. It’s beautiful and it’s going to affect the entire industry for everybody.”

Ramsey also mentioned that he doesn’t think that people have yet to realize the ripple effects of giving some people a voice that haven’t had one previously.

“Everybody benefits when something happens in the arts or the creative world that is new and exciting,” said Ramsey. “It has a way of reinvigorating everything. There’s going to be a lot of unexpected new stuff that comes from this.”

Catch Spider-Man: Into the Spider–Verse on Blu-ray March 19th! Featuring 90 Minutes of special features including a never-before-Seen SPIDER-HAM Short, Alternate Universe Mode and much more!