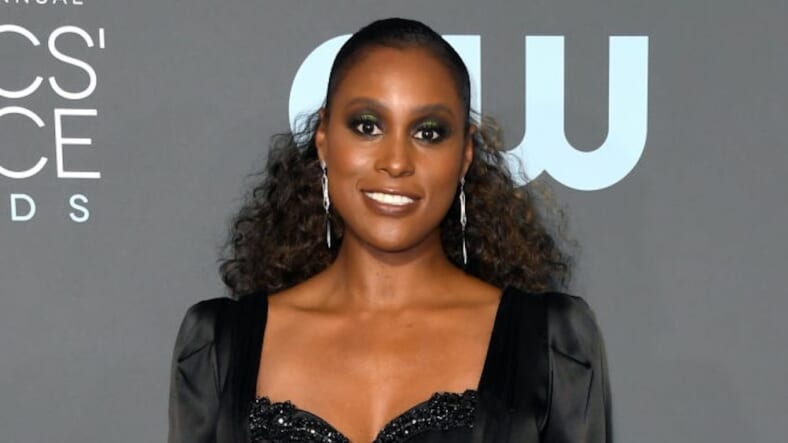 Issa Rae’s had a banner year, with TV, movies and cosmetic contracts and with her scene-stealing success comes mo’ money— and mo’ weight apparently.

Rae opened up in the April issue of Women’s Health Magazine about the ‘new money weight’ she says she gained and how she’s finding her way to a healthy routine to drop the unwanted extra pounds.

“When the Web series started, I was very, very broke,” she told the magazine.

“Then more opportunities began to come. I was gaining New Money Weight,” she added, explaining, “When you get a new job, you’re like, ‘I can afford to eat at restaurants all the time!’ That adds up in weight.”

The Insecure star admits she became a little insecure about the extra fluff and decided to put a healthy plan in place. But it wasn’t always easy.

“I was a big excuse person when it came to exercising and eating right,” she told Women’s Health.

“I’d have spurts of trying to work out and be good. Then once I fell off, I’d be like, ‘Well, there’s always next year. Let me make it my New Year’s revolution,’ ” she said, admitting that “even then, I would still be eating wrong while exercising vigorously.”

“I exercise for, like, an hour each day,” she told Women’s Health. “My neighborhood has a bunch of hills. Then I alternate between walking and jogging.”

Taking control of her health is important given all the projects the Emmy-nominated actress and producer has lined up in 2019.

And that is a wrap on #TheLovebirds with international treasure @IssaRae. If you look closely, you can see I’m trying to not cry. I fully failed 30 seconds later. pic.twitter.com/m0Cb4lCwC0

The plot revolves around a couple on the brink of a breakup. The duo manages to get caught up in a quirky murder mystery, and complete mayhem ensues as they stumble towards clearing their names and solving the case. In the midst of all that they still need to figure out if their relationship is worth saving.

Rae was most recently seen in the teen drama The Hate U Give, and just released the trailer for her next film Little, which stars Regina Hall and Black-ish actress Marsai Martin.