The local police are requesting that anyone who was present during the incident come forward as soon as possible so that the woman may be apprehended. 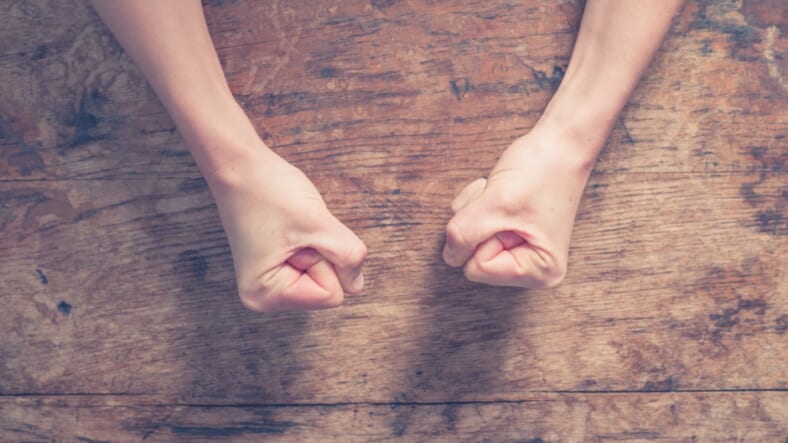 Another angry white woman has lost her job after being captured on video spewing racist language. (Photo: Adobe Photo Stock)

A volatile, racist white female named Corinne Terrone of New Haven, Connecticut is out a job this week after her racially-charged public rant in front of young children inside of a grocery store was captured on video.

Within hours of the disturbing clip going viral, Terrone was identified as an employee at the Hamden Public Schools. The school district has now confirmed she resigned in wake of the volatile encounter with two people of color at a grocery store.

The video was posted on Facebook Friday night and shows the unhinged woman ranting in front of her children, spitting and repeatedly referring to the gentleman filming her as the n-word despite an attempt by her male companion to hold her back. It’s unclear what sparked her rage. At one point, the man appears to rush toward Terrone, who fires back with, “Put your hands on me, come on!” She then pulls out her phone to begin recording.

A statement from the Hamden Public Schools district said Terrone promptly resigned from her position as a clerk in the Central Office.

Reporters outside her New Haven home spoke to a neighbor Saturday afternoon, and the Black man, who declined to be identified, said he’s never seen Terrone exhibit racist behavior and that his grandchildren often play with her kids, the New Haven Register reports.

“She’s in a bad situation,” the man said. Having been her neighbor for more than eight years, the man also noted that Terrone has “always been the sweetest woman in the world.”

East Haven Police Lt. Joseph Murgo released a statement, saying the department “is aware of this disturbing video and the hate speech contained in it” but the department has not received any complaints about the incident.

“We are in touch with ShopRite and are looking to get a better understanding of what took place (Friday) night,” the statement said.

“We have a lot of avenues to go down if somebody were to reach out to us,” Murgo said. “We want somebody to come forward… if they were present (Friday) night.”