Crushed: 325 lb woman sentenced to life in prison for smothering child to death 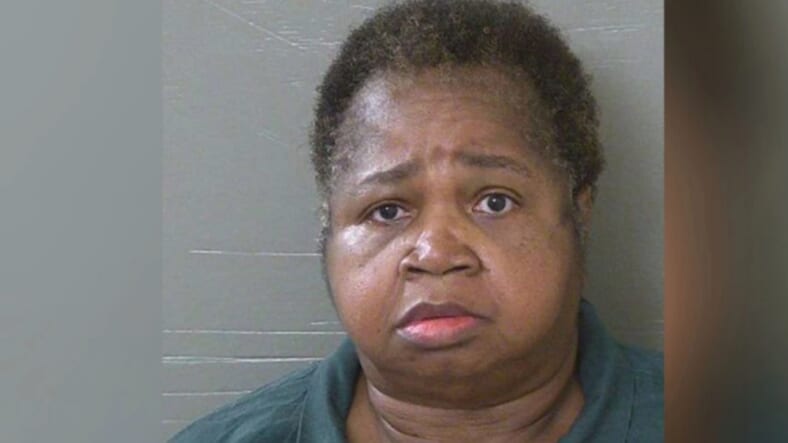 Veronica Green Posey has been sentenced to life in prison for crushing her 9 year-old cousin to death. (Photo provided by Escambia County Jail)

A Florida woman will have a lifetime behind bars to ponder whether the cruel and unusual punishment she inflicted on a 9-year-old was just.

Veronica Green Posey, 66, was handed the harshest sentence under the law for killing her 9-year-old cousin by sitting on the child as a form of discipline.

Prosecutors argued that any time Dericka Lindsay misbehaved, she was brutally beaten by Posey, and Lindsay’s adoptive parents, James and Grace Smith. Back in October 2017, Posey, who weighed about 325 pounds, sat on Lindsay for more than five minutes, causing the girl to die from a lack of oxygen, officials said. When paramedics responded to a 911 call at the home, she was pronounced dead on the scene.

“Dericka’s death is appalling and [the Department of Children and Families] will continue coordinating with the Escambia County Sheriff’s Office to hold anyone responsible for her death accountable,” Secretary Mike Carroll said in a statement at the time. “As the family has a prior interaction with the child welfare system, a thorough quality assurance review will be conducted to review all prior interactions this family has had with the child welfare system.”

Last week, Posey was sentenced after being convicted of first-degree felony murder, the Pensacola News Journal reported. Posey’s attorney maintained that his client was simply trying to help the Smiths discipline the girl and did not mean to hurt her.

“Obviously, we are very upset. We respect the jury’s verdict, but we’re not very happy with the verdict and we are going to get a copy of the transcript and look to see if there are any avenues of appeal,” said Michael Griffith, Posey’s attorney.

James Smith was previously sentenced to 10 years for his role in the little girl’s death. Charges are pending against Grace Smith as she is reportedly currently mentally and physically unfit to stand trial.