As more players share accounts of aggressive, racist fan encounters during the game, the NBA faces increasing criticism and calls to action 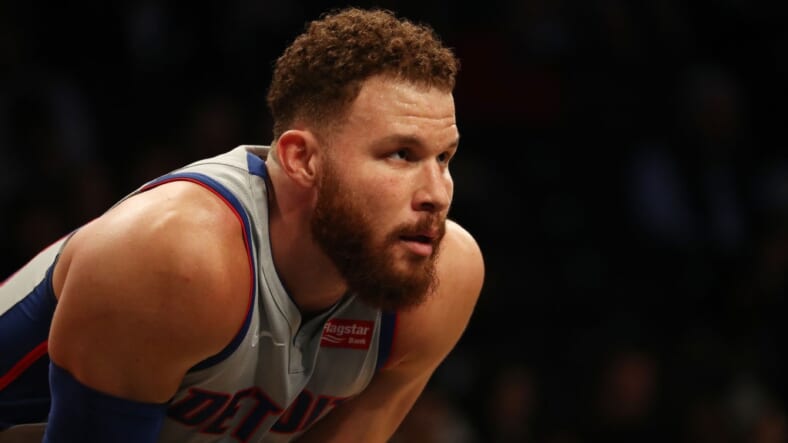 Blake Griffin allegedly confronted a Minnesota fan during the game for a racist remark. (Photo by Al Bello/Getty Images)

There seem to be endless instances of Black athletes having to check racist fans in recent years.

As reported by TMZ, NHLer Wayne Simmonds once had a banana thrown at him in Ontario, Canada, and MLB star Adam Jones was called the n-word repeatedly as someone hurled a bag of peanuts at him in Boston.

You might even recall back in December when Blake Griffin confronted a Minnesota Timberwolves fan with “You wanna f*ck with me?” in the closing seconds of a Pistons win.

At the time it was presumed that the fan had heckled the NBA star and Griffin popped off at him because he was reportedly suffering with the flu before the game, Complex reported. Inquiring minds wanted to know, What did the fan say?

“Being called ‘boy’ is what triggered Blake Griffin’s confrontation with a Timberwolves fan earlier this season,” Ellis wrote on Twitter.

The reveal comes in the wake of the Utah Jazz banning two fans for life after their racially-charged taunts against Oklahoma City Thunder star Russell Westbrook. Westbrook even threatened to fight the fan, identified as Shane Keisel, and explained his fiery reaction to reporters after the game.

“A young man and his wife in the stands told me ‘to get down on my knees like you used to.’ To me, that’s just completely disrespectful, to me, I think it’s racial, and I think it’s inappropriate,” he said.

Jazz owner Gail Miller noted that the conduct was unacceptable.

“This should never happen,” Miller said. “We are not a racist community.”

A second racist Jazz fan was banned for calling Westbrook “boy” before a playoff game last season, according to The Deseret News.

Smith-Pelly, who has been heckled for being a Black hockey player, told TMZ Sports that racism “shouldn’t happen anywhere — hockey, baseball, basketball — it shouldn’t happen in the world.”