Of the field of 68 teams on the hunt for the NCAA Men's Basketball Championship, two are Black colleges and they plan to fight their way into the Big Dance 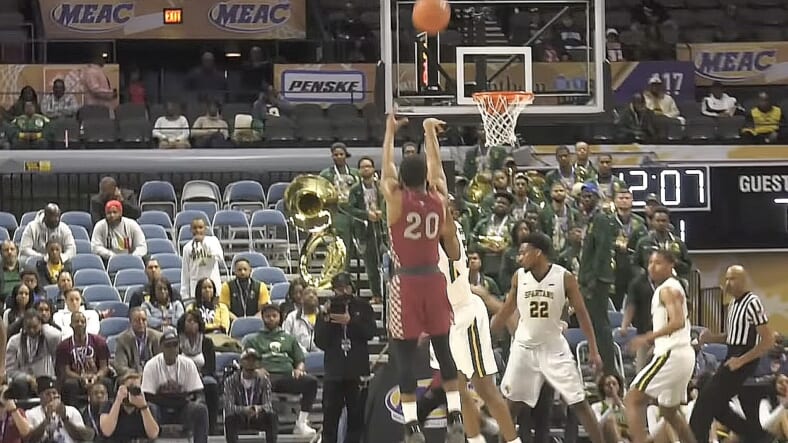 As the nation falls into the annual sports ritual called NCAA Men’s Basketball Tournament — better known as March Madness — it should be remembered that two HBCU teams will have a shot at the Big Dance.

But there won’t be any dancing unless they get past the First Four.

This is the third year in a row that North Carolina Central University (NCCU) won the MEAC final men’s tournament title. Their defeat of Norfolk State University, gives them a shot at playing in the First Round. The Eagles will play North Dakota State on Wednesday, and if victorious, they will go on to play No. 1 seeded Duke on Friday in Columbia, S.C. in the First Round of the tournament.

Meanwhile, this marks the first time in 20 years that Prairie View A&M heads to the NCAA tournament as the Southwestern Athletic Conference (SWAC) champions. The Panthers will square off against Fairleigh Dickinson on Tuesday. The winner of that game will play Friday against Gonzaga, also first seeded.

On Saturday, NCCU staged a second half run to topple Norfolk State, who had led by 10 points at halftime. The run was led by NCCU’s Jordan Perkins, Zacarry Douglas and Larry McKnight, and the team beat NSU 50-47 in a very closely contested match, according to The Undefeated.

“It is no question that was the key to the game,” LeVelle Moton, NCCU’s coach, told The Undefeated. “Jordan did a good job of jump-starting us. The team came out with a different mindset to start the half, and it dictated the rest of the game.”

READ MORE: NCAA responds to report that some college basketball players were getting paid

NCCU and North Dakota State, who both have identical records of 18-15, have only played each other once before. And that was nearly 12 years ago, when NCCU transitioned from Division II to Division I. NDSU won by a score of 104-51.

NDSU heads into the NCAA tournament after beating Omaha in the Summit League Tournament championship, by a score of 73-63.

Prairie View A&M outscored Texas Southern, 92-86, to win the Toyota SWAC Men’s Basketball Tournament on March 16 in Houston. Early on, the game was a nail biter, but late in the second half, Prairie View went ahead after coming up big on the free throw line before going on to win.