Jordan Peele’s ‘Us’ on track to set a new record, earn the top movie debut for an original horror flick 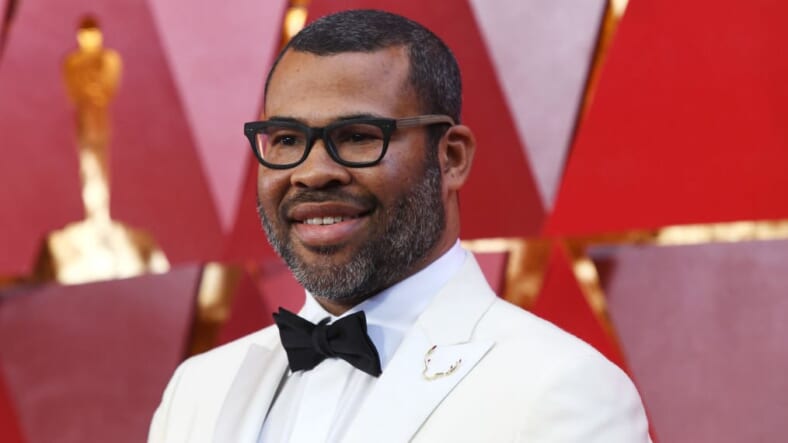 Jordan Peele is showing a certain touch at the box office. His newest scare, Us is on track to score the highest movie debut for an original horror flick as well as land a top spot as one of the largest movie debuts of 2019, according to Variety magazine.

Us is estimated to have already taken in $67 million from 3,741 North American locations. Should these numbers continue, the movie could topple Ted as the largest debut for an R-rated movie (Ted earned $54.4 million) and come in next to Captain Marvel as the second-highest debut this year.

Peele’s latest is expected to top the box office this weekend.

—Jordyn Woods hits the town and dazzles in chic get up—

In Peele’s newest movie, Lupita Nyong’o stars as Adelaide Wilson, who brings her children (Shahadi Wright Joseph, Evan Alex) and husband (Winston Duke) to her childhood home for a summer vacation. Soon, she starts to suspect something is amiss.

The movie was written and directed by Peele and marks the first solo offering for Peele’s Monkeypaw Productions company. Peele’s first movie, Get Out, was also a huge success, earning $33 million in its debut and taking in more than $167 million domestically. Get Out also scored Peele a best original screenplay Oscar nod.

Captain Marvel is expected to bring in the second highest number of moviegoers this weekend, with an estimated $34 million in its third weekend since release, Variety reported. So far, Captain Marvel has scored $295 million domestically and an additional $538 million globally.

Rounding out the top five movies of the weekend will be Five Feet Apart, Wonder Park and How to Train Your Dragon: The Hidden World.

In a trailer to Peele’s film, released last month, Nyong’o’s character is heard saying: “You know how sometimes things line up? Coincidences? Since we’ve been up here, they’ve been happening more and more. It’s like there’s this black cloud hanging over us.”

It appears that the “black cloud” is the family’s doppelgangers who show up to show us how truly scary our monsters within can be.