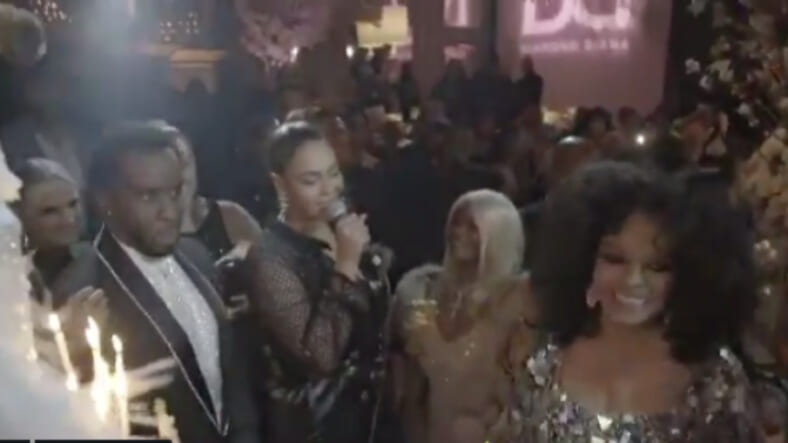 Beyonce serenades Diana Ross for her birthday in viral video.

Everything stopped in the name of a legend on Tuesday night when celebrities far and wide came together to celebrate the 75th birthday of Motown singer Diana Ross, which included a serenade by Beyonce, PEOPLE reports.

Ross gathered with family and friends for a star-studded party at the Hollywood club Warwick, and then later the palatial Hollywood Palladium where Beyonce, the Queen Bee, sang Happy Birthday to the ‘The Boss’ on her birthday.

Beyonce sangin Happy Birthday to Ms. Diana Ross! Look how excited she is! ??

After Beyonce delivering a rousing Happy Birthday rendition to Ross, the two embraced to cheers from the crowd.

“Thank you for being here to celebrate my 75th birthday,” a beaming Ross said to the crowdgoers. She then walked through the crowd singing one of her classic hits, “Reach Out and Touch (Somebody’s Hand).”

—Dr. Dre’s daughter reveals that her dad pushed her to go to USC—

Ross also serenaded the crowd by singing “Come See About Me,” “The Boss,” “Your Love,” “Ain’t No Mountain High Enough,” and “Endless Love” which she teamed up to sing with Robin Thicke.

Ross’ longtime friend, Stevie Wonder also joined in and sang his own version of Happy Birthday to the birthday boss.