The Empire actor was nominated for best supporting actor in a TV drama. 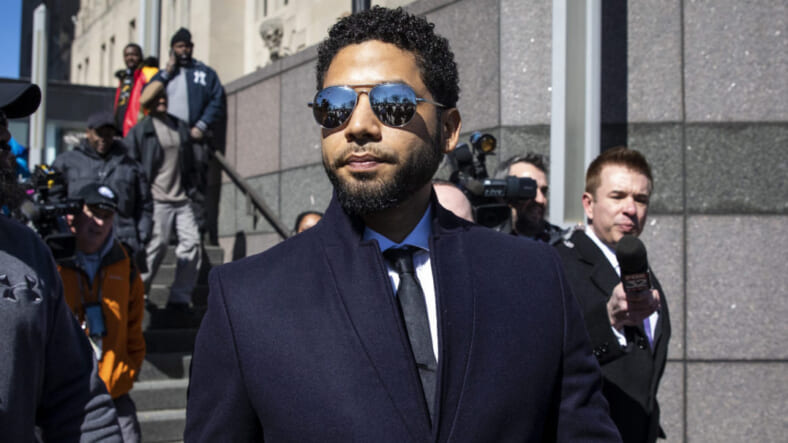 Actor Jussie Smollett has been keeping a low profile since the Illinois Cook County prosecutor’s office dropped charges against him. And it would seem he is continuing to do so and was a no-show at the NAACP Image Awards Dinner Friday night.

According to ABC News, Smollett had flown out to Los Angeles on Wednesday, sparking rumors he might be in attendance at the awards show. Smollett was nominated for best supporting actor in a television drama for his role on Empire. Jessie Williams of Grey’s Anatomy ended up being the winner for the award, which was a part of the untelevised portion of the event.

While Smollett has been MIA, the controversy surrounding the charges against him being dropped continues to grow. Cook County State’s Attorney Kim Foxx has had to defend her office’s abrupt decision to drop the 16 felony counts against Smollett.

“Our office handles cases like this, Class 4 felonies, disorderly conducts, in this way often,” Foxx told ABC News. “We have an alternative prosecution unit in our office that the last two years has seen 5,700 cases come through many of them with similar outcomes as we’ve seen in this case.”

She also made a similar argument in a recent op-ed in the Chicago Tribune published Friday night.

“These felonies are routinely resolved, particularly in cases involving suspects with no prior criminal record, long before a case ever nears a courtroom and often without either jail time or monetary penalties,” she wrote. “Any prosecutor, law-enforcement leader or elected official not grandstanding or clouded by political expediency understands the purpose of sentencing guidelines.”

Foxx wrote in the Chicago Tribune column that despite “considerable evidence” that Smollett was lying about being attacked “my office believed the likelihood of securing a conviction was not certain.”  Mayor Rahm Emanuel and Police Superintendent Eddie Johnson are heated about the charges being dropped with ABC noting that Emanuel wondered, “Is there no decency in this man?” President Trump chimed in on the developments of the case calling it, “an embarrassment to our Nation,” via Twitter.

With attacks continually being made against her, Foxx said she believes that they are politically motivated and has welcomed “an outside, non-political review of how we handled this matter.”

Federal investigations are ongoing with the FBI and the Department of Justice looking into the case.