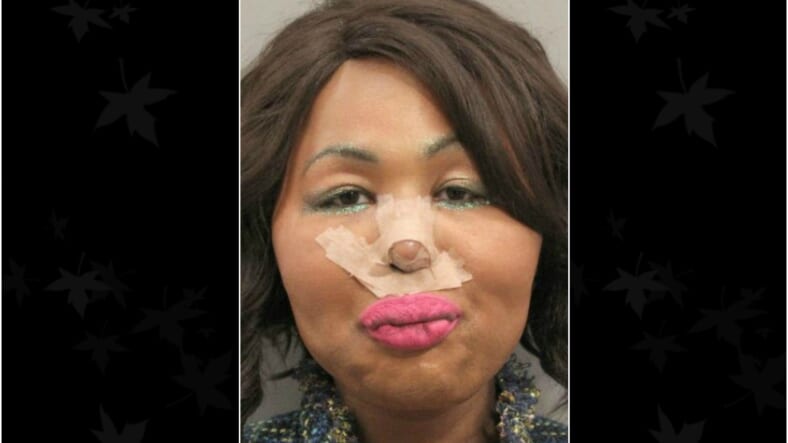 A transgender woman who had once been convicted of a bank robbery was arrested over the weekend after attempting to get away with a new heist, using her new face.

According to the New York Daily News, over the weekend Jimmy Maurice Lewis II was arrested over the weekend after allegedly robbing a Mississippi bank on March 22nd with what appeared to have been a fresh nose job.

Prosecutors in Alabama say Lewis first showed up on their radar in 2008 after it was revealed she’d planned to rob banks in order to finance her gender reassignment surgery.

At the time of the trial, AL.com reported that Lewis reportedly held up a teller at the Alabama Credit Union and demanded $20,000, but only managed to make off with less than half that amount. It is unclear if she ever completed the surgery,

During the robbery she allegedly warned the bank teller: “Don’t move or she’s had it.”

Although she argued that her legal representation was inadequate, she was ultimately sentenced to 51 months behind bars and probation. Authorities now believe she went right back to her old ways after being let out of jail and robbed BancorpSouth in Gulfport, Miss., last month.

Lewis was able to getaway on foot, according to The Smoking Gun, but it remains unclear exactly how much money she made off with this time. Police put out an all points bulletin for a “female in her late 30s” before arresting her in Texas on Saturday.

Her mugshot shows Lewis in a new hairdo, with her new nose framed by surgical tape. She is currently being held in Houston and is expected to be extradited to Mississippi to stand trial.

Convicted transgender bank robber Jimmy Maurice Lewis II was arrested for knocking over a Mississippi bank on March 22. She also appeared to have been fresh off getting a nose job.#TrafficTheUrbanDrive w. @BigTak & @Shediest https://t.co/OhFFYOyaoV pic.twitter.com/0ubGRDT98D