“When lawmakers say ‘we should get rid of judges,’ you can hear segregationist Senators, writing bills to strip courts of their power," U.S. District Judge Carlton Reeves said Thursday during a speech at the University of Virginia Law School, his alma mater. 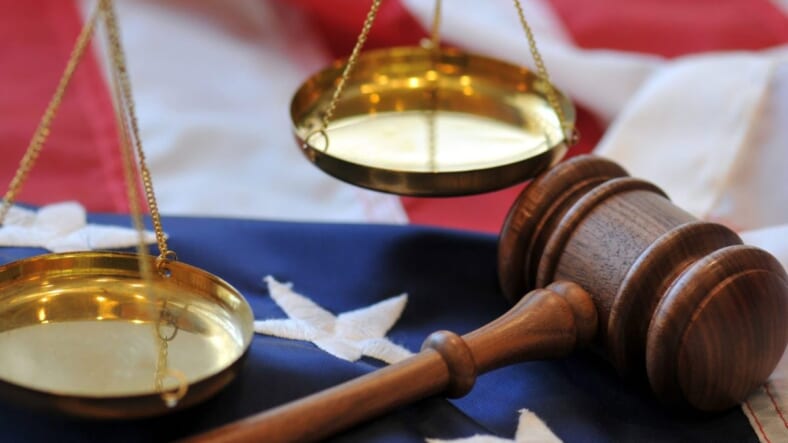 “We are now eyewitnesses to the third great assault on our judiciary,” Reeves said on Thursday in a speech at the University of Virginia Law School, his alma mater, where he was awarded a Thomas Jefferson Foundation Medal in Law. “When politicians attack courts as ‘dangerous,’ ‘political’ and guilty of ‘egregious overreach,’ you can hear the Klan’s lawyers, assailing officers of the court across the South,” Reeves said, according to his speech obtained by BuzzFeed News.

Reeves, a judge representing the U.S. District Court for the Southern District of Mississippi, was addressing Trump’s penchant for hurling criticism at judges and the court system whenever things don’t go his way.

“When the powerful accuse courts of ‘open[ing] up our country to potential terrorists,’ you can hear the Southern Manifesto’s authors, smearing the judiciary for simply upholding the rights of Black folk,” Reeves continued, drawing comparisons to the 1956 manifesto by Southern congressmen that ridiculed the Supreme Court’s anti-segregation ruling in the 1954 landmark, Brown v. Board of Education case.

“When lawmakers say ‘we should get rid of judges,’ you can hear segregationist Senators, writing bills to strip courts of their power. And when the Executive Branch calls our courts and their work ‘stupid,’ ‘horrible,’ ‘ridiculous,’ ‘incompetent,’ ‘a laughingstock,’ and a ‘complete and total disgrace,’ you can hear the slurs and threats of executives like George Wallace, echoing into the present,” he added, according to HuffPost.

Reeves, perhaps fed up, bucked tradition which usually sees sitting judges declining to criticize the president. However, Reeves is not new to voicing his strong dissent in prior instances, most recently in an attempt to ban 15-week abortions in Mississippi.

And Reeves says judges need to get more vocal.

READ MORE: Booker to launch campaign tour from the city where he was mayor

“It is not enough for judges, seeing race-based attacks on their brethren, to say they are merely ‘disheartened,’ or to simply affirm their non-partisan status,” Reeves said in his speech, according to HuffPost. “We must do more to defend our bench.”

“Think: In a country where they make up just 30 percent of the population, non-Hispanic White men make up nearly 70 percent of this Administration’s confirmed judicial appointees,” said Reeves, according to HuffPost. Reeves was appointed to the judiciary by President Barack Obama. “That’s not what America looks like. That’s not even what the legal profession looks like. There is no excuse for this exclusion of minority experiences from our courts.”