When your bro is your brother: Friends discover they’re kin after taking 23andMe test

What are the odds? Two longtime friends using DNA research for different reasons discover they have a deeper connection than just being buddies 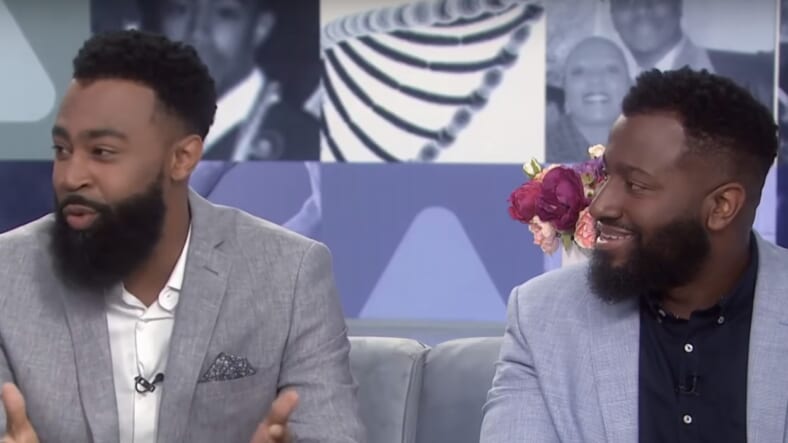 Imagine going through your whole life thinking you’re an only child and then finding out one of your good friends is actually your brother. That’s what one man in Texas discovered after taking an at-home DNA test.

According to NBC’s Today Show, five years ago Walter Gordy was diagnosed with lymphoma. After he successfully completed 9 months of treatment, the 37-year-old took a DNA test through 23andMe, hoping to find out more about his background and potential medical history.

READ MORE: Opinion — A breakdown of why Black Twitter (rightfully) got the plug pulled on that ridiculous Ancestry.com ad

Although he knew all about his mother’s side of the family, Gordy didn’t grow up with his father and hoped to learn more about that the paternal side of his lineage. But to his amazement he not only learned about his dad, he also discovered that Mark Tolson, his friend of 12 years, was actually his half-brother!

“I grew up as an only child. I always wanted siblings,” Gordy said Wednesday during an appearance on Today.

It turns out that around the same time of Gordy’s test, Tolson — who was also raised as an only child — had decided to look into his ancestry following the birth of his son. It was Tolson who made the connection and called his buddy to give him the shocking news.

READ MORE: They considered themselves white, but DNA tests determined that’s a lie

“I saw a part that said DNA relatives, so I clicked on that,” said Houston native. “It popped up and it said Walt Gordy III, and I said, ‘Mom, I know him! I know him.'”

Both Gordy and Tolson’s mothers admitted they they’d used artificial insemination to get pregnant, and had no idea that they’d ended up using same donor. And to make this story an even greater coincidence, like their sons, both women have been friends for 13 years and even sing together in the church choir.

In fact Tolson’s mother was on the way to meet Gordy’s mother at choir practice when her son asked if she’d like to see the test results with him.