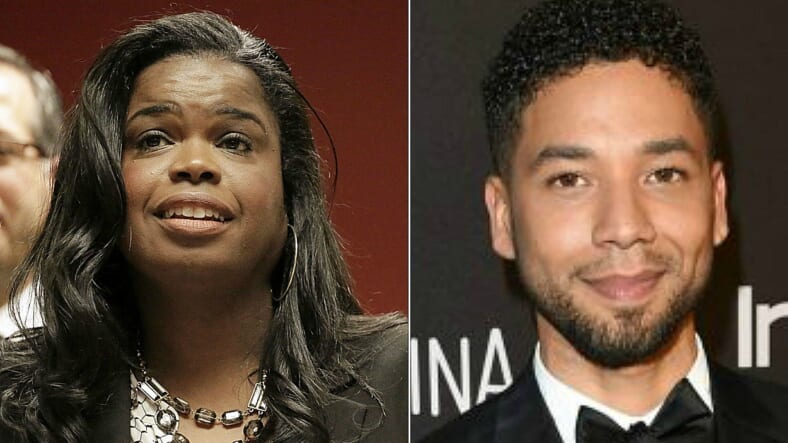 On Monday, Jennifer Ballard Croft, Foxx’s chief of staff, said her boss’ physical safety has been threatened in messages and emails with vile racist language.

“The State’s Attorney’s Office can confirm that the state’s attorney has received threats to her personal safety and security, a number of which have contained racially-charged language,” Ballard Croft told the outlet.

The state’s attorney’s office’s Investigations Bureau and Executive Protection Unit are on the case and investigating the claims.

According to a racist email that was obtained by the Sun-Times, it reads:

“African Americans need to TAKE RESPONSIBILITY for their own DAMN DECISIONS & STOP TRYING TO PLAY THE RACE CARD on every damn situation that arises,” the email reads. “LET ME BE CLEAR: I have no pity for African American’s [sic] WHO MAKE S— UP TO PUSH SOCIAL JUSTICE.”

While no immediate threats appeared in that email, sources said there are many more email threats. Emails are being copied and sent to Illinois Attorney General Kwame Raoul.

“From what I know is they’ve also been racially charged with similar context,” said a political consultant to Foxx.

—Herman Cain pulls out of consideration for Federal Reserve Board—

“At some point we have to ask, how is she playing a race card if there are threats on her life and white supremacists at rallies against her?” she said.

Although Foxx recused herself from the case involving Smollett, who was charged with 16 felony charges for allegedly orchestrating a fake hate crime, she may have still been stirring the pot, according to the March 8th messages obtained by The Post.

In messages, Foxx said to First Assistant Cook County State’s Attorney Joe Magats, who assumed the case after she reportedly stepped down, that “I’m recused.” She then seemed to disagree with the number of charges the Empire star was facing.

“Sooo …… I’m recused, but when people accuse us of overcharging cases … 16 counts on a class 4 becomes exhibit A,” Foxx wrote in her messages.

She has been widely criticized for her actions.