Church leader Jermaine Grant faces sentencing for conspiring to defraud the U.S. and pilfering millions from his congregants 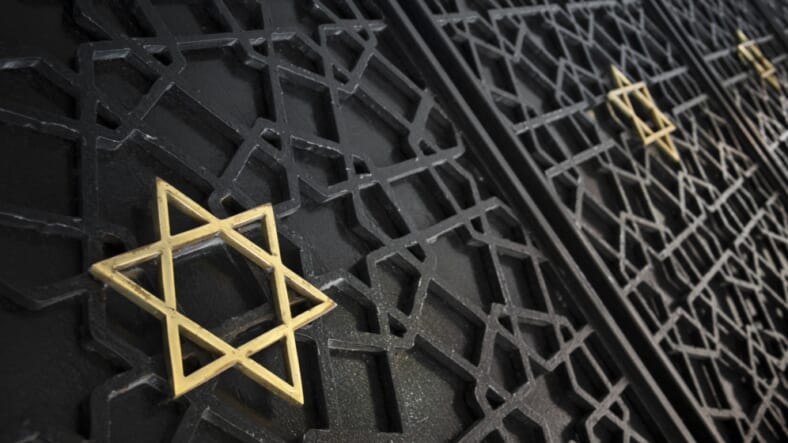 Jermaine Grant continues to lead The Israelite Church of God in Jesus Christ in Harlem despite being convicted of fraud. (Photo By; Adobe)

The high priest of the Israelite Church of God in Jesus Christ in Harlem, a separatist group based in New York City, faces sentencing for misappropriating millions of dollars from the religious institution. However, despite guilty verdict he still intends to run the church and ensure it’s faithful members donate the required 20% tithes.

Jermaine Grant, 43, pleaded guilty of conspiring to defraud the United States in the U.S. District Court in Newark in March. Grant still leads the Israelite Church of God in Jesus Christ in Harlem, and plans to continue doing so once even if he is incarcerated.

Grant, along with Lincoln Warrington, the church’s treasurer, were found guilty of using over $2 million over nine years for their own luxury ventures and did not report over $5 million in income to the IRS. The funds went to cars, property, trips and pay Grant’s children’s private school tuition and chauffeur services.

Sentencing for Grant is scheduled for July of this year. He faces up to five years in prison and $250,000 in fines, according to the Daily News.

Currently, Grant is believed to still have a strong level of power with how the church operates. In addition to the home location in Harlem, the church is believed to have additional parishes across the United States.

READ MORE: Family of man who threatened to kill President Obama and Rep. Maxine Waters begs for leniency in sentencing

The Israelite Church of God in Jesus Christ was raided by the FBI last year resulting in the finding of crates of money, which are stated to have been guarded around the clock. The crates were said to be stacked from floor to ceiling.

To become a member of the church you must have a verified referral and abide by the monthly payment plan. You must also leave your cell phones at the door and swear allegiance to Grant, who refers to himself as the “God-sent Comforter.”

Barry Pugh, a former member of the congregation details the church’s and Grant’s practices to mirror a cult. In addition to being a member, Pugh traveled with Grant as the leader of the media production team, where he picked up on the ways of Grant. He now wants to attempt to save the members who still belong to the church by exposing the lies, creating a group of members ousted from the church called the “Injustice League.”

“The No. 1. lie is that he’s claiming to be the comforter that the Bible speaks of, which is the Holy Spirit,” Pugh said.

The Southern Poverty Law Center also has its eyes on Grant’s church, dubbing it a Black nationalist hate group that is spreading the message of a Black Jesus that will return to seek vengeance, kill and enslave white people.

Grant’s lawyer maintains his client’s innocence and insists that Grant did not know about paying taxes, dubbing him “a committed church leader.”