Lawyers insist that R. Kelly was a no-show in court because he couldn’t read the document with date and details 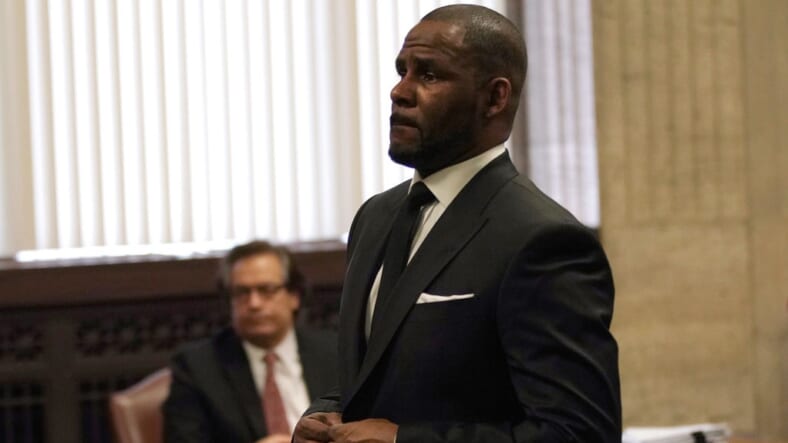 R. Kelly recently lost a lawsuit in a default judgment after he failed to show up to court, now his lawyers are stating that occurred due to his “learning disability.”

The embattled singer lost a civil lawsuit to one of his alleged victims who stated she was sexually abused in the late 1990s. Kelly did not respond to the lawsuit or attend court, resulting in the judgment.

“Robert Sylvester Kelly has failed and refused to file an appearance or answer to the Complaint even though [he is] required to do so,” the plaintiff’s attorney wrote to receive the default judgment.

The civil attorney for R. Kelly, Brian Nix, is arguing the “Ignition” singer was “overwhelmed” when he was served.

Nix detailed R. Kelly was served the papers while he was in jail for his child support case and the pressures of being behind bars impaired his decision- making.

“[Being overwhelmed] coupled with Mr. Kelly not being cognizant of what the motion fully meant led to him missing the hearing. I had no idea he had been served,” Nix told TMZ.

In addition to reportedly being a victim of his circumstances, attorneys Zaid Abdallah and Raed Shalabi have attributed the singer’s “learning disability” to his lack of response. They claimed that not being able to understand the documents prevented Kelly from meeting the requests.

“[Kelly] suffers from a learning disability that adversely affects his ability to read,” the attorneys submitted to the court.

Damages for the default judgment are to be decided on May 8. The plaintiff is seeking $50,000 in damage, however, R. Kelly is hoping he can have the opportunity to oppose the claims in court.

In court documents, the woman is identified as “H.W.” and states she had a year-long sexual relationship with R. Kelly when she was underage. She met the singer on her 16th birthday. H.W. is one of four women in R. Kelly’s sexual abuse case.