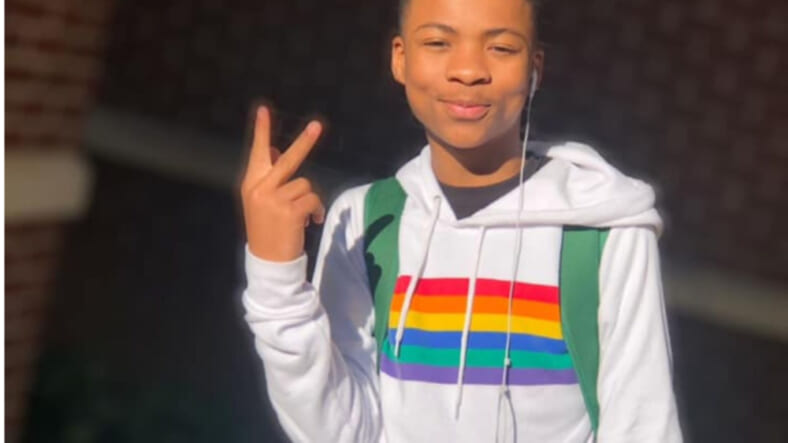 Camika Shelby wants her son Nigel to be remebered for the joy he brought tot he world. (Shelby Family)

Celebrities far and wide have come together to support the family of a teen who took his life because of homophobic bullying.

Nigel Shelby, 15, was the victim of bullying that caused the teen to commit suicide after battling depression. Shelby died April 18th and his story captivated the nation and led stars like Gabrielle Union and husband Dwyane Wade to step up and lend support, TMZ reports.

Shelby’s mom, Camika Quintay, shared video clips of the funeral on Saturday. A GoFundMe for Shelby raised over $39,000, surpassing the $26,000 goal. Other celebs like actor Ludacris, and singer Janelle Monae are said to have contributed to make sure Shelby’s funeral expenses were covered.

On Saturday, Shelby’s casket, which was painted with his image, was carried in a horse-drawn carriage. There was also a butterfly and balloon release ceremony.

“My love and I took our last ride together in a horse & carriage all the way down the parkway and to his final resting place,” Quintay captioned the clip.

Shelby, a Huntsville High School student, came out two years ago, his mom  told WAFF. She believes that the outside pressure from being gay, other emotional issues and depression led to his suicide.