In her broadway debut, the writer of "Ain't Too Proud: The Life and Times of the Temptations" has garnered the first nomination for an African American woman since Lita Gathers 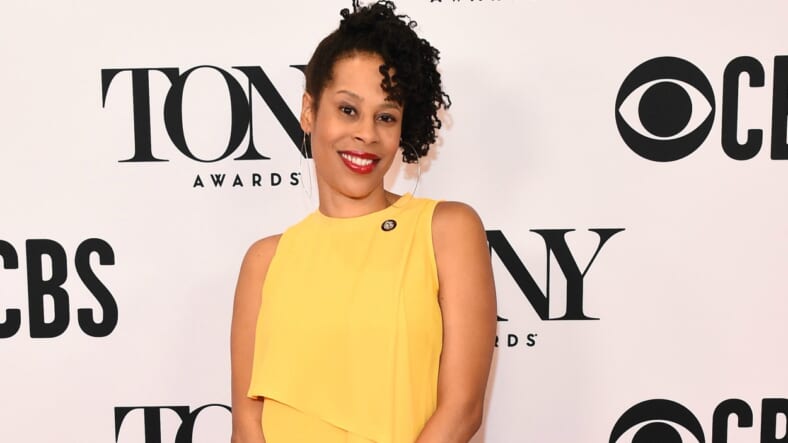 An acclaimed playwright is making history while also bringing classic Black music to broadway. Domonique Morisseau, penned the widely successful musical “Ain’t Too Proud: The Life and Times of the Temptations” and has now become the first Black woman nominated for Tony Award in the musical category in 20 years.

“I am honestly just keeping my eyes on forward vision,” said Morisseau, a Detroit native who is known for telling her hometown’s stories. “I want to continue to be able to push the boundaries in my field and keep those doors opening wider and wider.”

“Aint Too Proud,” which is directed by Des McAnuff, is Morisseau’s Broadway debut and chronicles one of the most influential R&B groups of all time, The Temptations. According to the New York Daily News, the musical has gotten 12 nominations all together, which include best musical, best costume design, best choreography and best book of a musical, which would go to Morisseau if she wins.

“One of the refrains in our show is ‘no one man is above the group’ and ‘the whole is always greater than the sum of its parts’ so this feels right on in line,” Morisseau said.

Prior to Morisseau, only three Black women have been nominated in the musical category in the more than 70 year history of the award. Micki Grant was nominated in 1972 for “Don’t Bother Me, I Can’t Cope,” Vinnette Carroll in 1976 for “Your Arms Too Short to Box With God” and Lita Gathers for 1999’s “It Ain’t Nothin’ But The Blues.”

Though Morisseau said she is honored for the nomination, she believes that progress is moving too slow with giving Black playwrights their due.

“It feels complicated,” she told the Daily News on Wednesday. “Before Lita, there was Micki and Vinnette in the ’70s. I’m hoping it won’t be another 20 years before it happens again. Let’s make progress move a little faster now.”

Morisseau is no stranger to success with three plays already under her belt (“The Skeleton Crew,” “Paradise Blue” and “Pipeline”). Daily News also reported that she is a recent MacArther Foundation “Genius Grant” recipient, an Obie Award winner and a longtime story editor for the hit Showtime series “Shameless.”