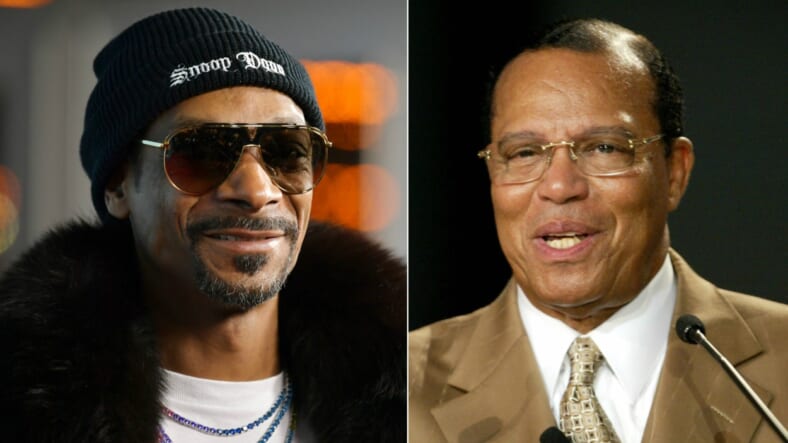 Facebook has banned Nation of Islam leader Minister Louis Farrakhan from the social media platform and Snoop Dogg says he is just not having it.

According to USA Today, Thursday, the the social media giant announced that it had elected to ban several high-profile accounts and people from its platform that they deemed polarizing, including the head of the nearly 90-year-old Black Muslim group.

But the rapper clapped back at the announcement in an Instagram video, in which he threatened to boycott the the site if they didn’t reconsider the Farrakhan ban.

Due to increased public and political scrutiny about the way it policies hate speech and propaganda, over the last several months Facebook has been banning groups and pages that have been flagged for being problematic. Now they are taking their efforts to another level by saying adios to people like Infowars publisher, Alex Jones and political commentator, Milo Yiannopoulos, who are also on the list of names that have also been blocked.

“We’ve always banned individuals or organizations that promote or engage in violence and hate, regardless of ideology. The process for evaluating potential violators is extensive and it is what led us to our decision to remove these accounts today,” a Facebook spokesperson said in a statement.

Snoop wasn’t the only one upset about the ban on Farrakhan. Public Enemy founder Chuck D called the ban “disgusting.”

The banning of @LouisFarrakhan from @instagram and @facebook was disgusting. USA has so much past mud in its engine now you wanna bitch about it coming up on your flaps. You need to take a survey on how Blackfolk really feel about using your Bulsht Soc Med ….as a hanging tool

Rapper Jay Electronica also condemned the Farrakhan ban on social media and even referred to a Bible passage to do it.