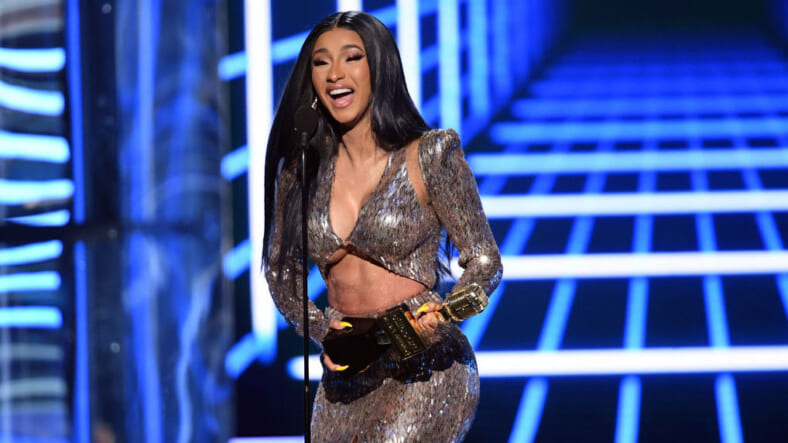 Did Cardi B send her Bardi Gang fanbase after a poor defenseless blogger? That’s what a new million dollar lawsuit now claims.

According to The Blast, this month, celebrity blogger Latasha “Tasha K” Kebe filed suit against the rapper in federal court, claiming she lied about her on social media, which incited her followers to start sending her threatening messages.

Tasha K runs a successful YouTube channel with 500,000 followers and two months ago was sued by Cardi for defamation after allegedly posting a video with another blogger, Starmarie Ebony Jones in which they called her a “prostitute,” claimed she had herpes, and even spoke about her baby Kulture.

The “Be Careful” rapper reportedly reached out to the blogger privately and requested that the disparaging video be removed from social media. But when Tasha K offered to sit down with her and do an interview to clear the air, she claims her efforts at to orchestrate a public reconciliation were rejected.

According to the suit, “Cardi B began to publicly defame Ms. Kebe, referring to her as ‘this blogger lady’, by stating that Ms. Kebe makes up fake stories; harasses all of Cardi B’s friends; constantly stalks Cardi B; falsely claims that she has legitimate sources giving her information about Cardi B; uses Cardi B’s name for ‘click bait’; and many other false accusations.”

Tasha K says once her character was attacked, she began to receive “gang-related threats” and was in so much fear for her safety she had to permanently relocate her place of residence. She also alleges that she took a substantial financial hit to her online business, after the backlash caused her to lose both subscribers and advertisers.

She says she is pregnant and is experiencing extreme emotional distress, anxiety, humiliation, and depression as a result with her conflict with Cardi B. As a result, she is seeking in excess of $1 million in damages.