Young Thug was allegedly targeted in a drive by shooting earlier today (May 10) in Miami, FL. 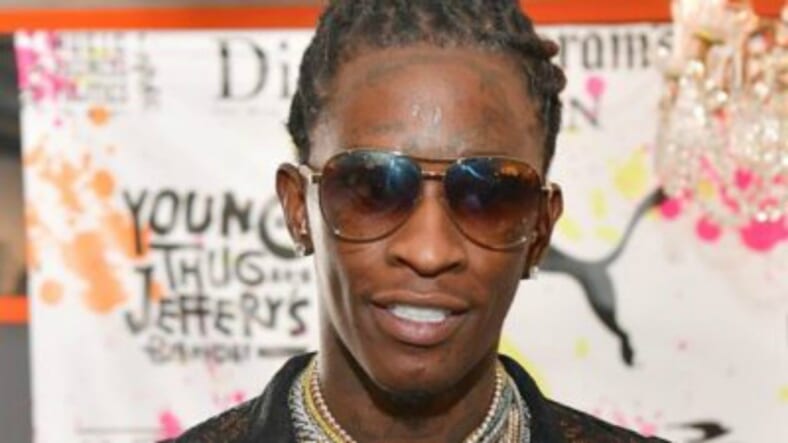 Young Thug, real name Jeffery Lamar Williams, was allegedly targeted in a drive by shooting earlier today (May 10) in Miami, FL. Thug is in Miami performing at the Rolling Loud music festival which also headlines Cardi B and Travis Scott this weekend. Young Thug is set to hit the stage tomorrow, Saturday, along with Lil Wayne, 21 Savage, Kodak Black and Soulja Boy.

TMZ reports that the 27-year-old rapper was targeted Friday morning by an unnamed gunman, following his performance at Miami’s famed LIV Nightclub. According to reports from the publication, Thug’s entourage, who apparently filled up as many as two bus loads of people, was traveling back to their hotel when an unnamed gunman in another vehicle opened fire.

According to WPLG, The shooting is reported to have resulted in three individuals, two men and one woman, having to be treated for non-life-threatening injuries at local hospitals.

READ MORE: After a remorseful plea to judge Rapper Young Thug is released from jail

Witnesses at the scene of the crime told TMZ that the incident took place on Florida’s I-95 in Miami-Dade County, and that Thug was reported to not have been in any of the buses. While members of Thug’s team rode in sprinters and “party busses” Thugger was said to have been following nearby in a Ferrari instead, escaping the shooting unscathed.

News of Thug’s involvement in the shootout comes just shortly after the rapper’s major court victory back in March.

Less than two month’s ago, a judge ruled in Thug’s favor over a 2017 criminal drug case, citing that officers illegally stopped the hip hop star’s car. The judge granted the rapper’s motion “as the stop of the vehicle was illegal in violation of the Fourth and Fourteenth Amendments of the United States Constitution.”

Young Thug is scheduled to perform at popular music fest, Rolling Loud, tomorrow (May 11), also in Miami. No word yet on whether changes have been made to the set schedule.

So far, no arrests have been made.