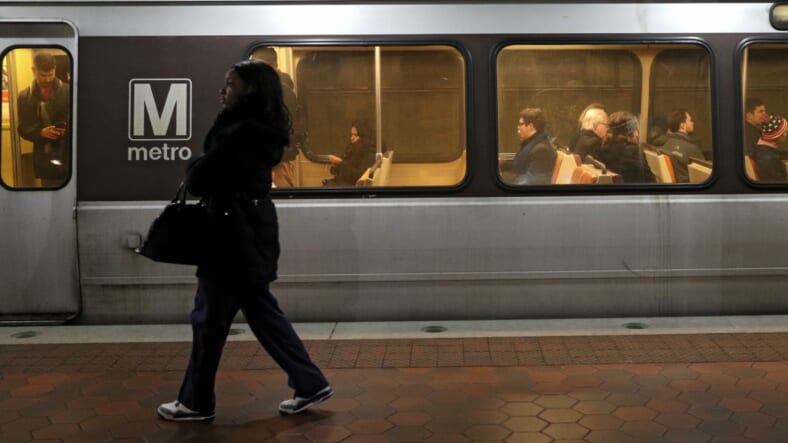 Author Natasha Tynes‘ publisher has postponed her book’s publish date due after a tweet she posted attracted backlash for attempting to shame a Black Washington D.C. transit employee for eating on the train.

According to a Washington Post report on Friday, the Jordanian-American author and World Bank employee, posted a photo of a Black woman wearing her transit employee uniform while eating on the train. She then tagged the DC Metro official account and complained that when she confronted the woman for breaking the systems rules, the hungry worker replied, “Worry about yourself.”

“When you’re on your morning commute & see @wmata employee in UNIFORM eating on the train,” Tynes wrote in the since deleted tweet. “I thought we were not allowed to eat on the train. This is unacceptable. Hope @wmata responds.”

To be clear, DC Metro rules ban eating and drinking on trains and buses. But it is not uncommon to see riders doing just that.

The DC Metro workers union, Amalgamated Transit Union Local 689, said in a statement that the employee was taking a break to eat while moving from one work assignment to the next and that workers do not get much time to get between access points.

Barry Hobson, the chief of staff for the union local told The Post no action has been taken against the employee.

Although transit system officials praised Tynes for pointing the employee out, her attempt at flagging the woman very quickly struck a chord on Twitter. Users pointed out the irony of the self-described “minority writer” targeting a Black woman the same way racists often do, and sparked a debate about how even people “of color” can harbor the same biases against Black people as whites.

Once she realized the landmine she’s stepped on Tynes’ apologized, saying she was “truly sorry” for the tweet. But by then the damage had been done and early Saturday morning, she took her personal website offline and set her personal Twitter account to private.

Later that same day her publisher, California Coldblood, issued a statement, announcing their revised plans for Tynes’ upcoming novel, They Called Me Wyatt.

California Coldblood was clear that the race of the employee was specifically the reason for its decision: “We do not condone (Tynes’) actions and hope Natasha learns from this experience that Black women feel the effects of systematic racism the most and that we have to be allies, not oppressors.”

Her book distributor Rare Bird also dropped the project and detailed the controversy.

A word from us on what happened this morning with Natasha Tynes in DC. pic.twitter.com/gJY4lZLFUQ