Fans will finally see how Rainbow Johnson grew up in the 1980s. 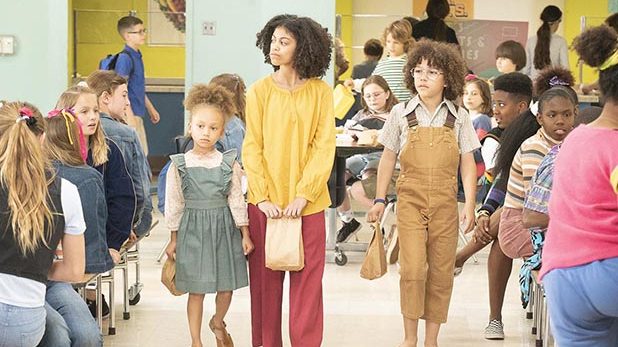 After months of anticipation, ABC has finally dropped the first trailer for their black-ish prequel series, Mixed-ish.

The series will chronicle Rainbow Johnson as a teen in the 1980s, long before she grew up to become Bow, the mother we have come to know and love, perfectly played by Tracee Ellis Ross in black-ish.

In Mixed-ish, Rainbow Johnson is played by Arica Himmel and viewers will watch her navigate the constant dilemmas she and her mixed race family faces.

Bow’s parents Paul and Alicia decide to move from a hippie commune to the suburbs to better provide for their family. As her parents struggle with the challenges of their new life, Bow and her siblings navigate a mainstream school in which they’re perceived as neither black nor white. This family’s experiences illuminate the challenges of finding one’s own identity when the rest of the world can’t decide where you belong.