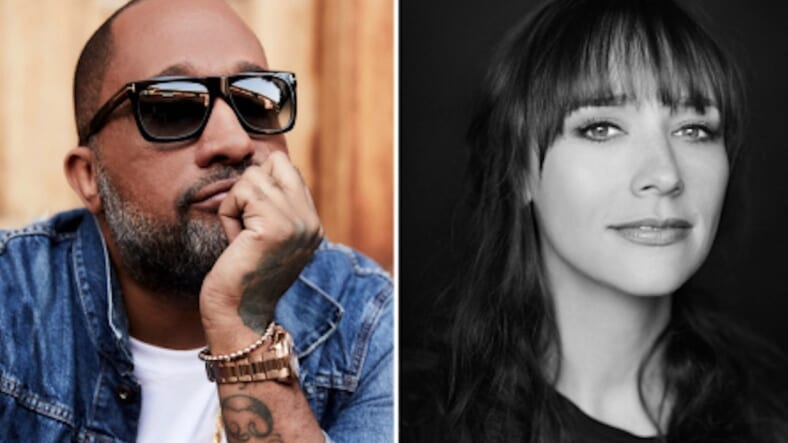 Ever since black-ish creator, Kenya Barris made the jump from ABC to Netflix last year, we have been anxiously awaiting news of his new projects.

Netflix has ordered Black Excellence, their first series project with Barris. He’s set to executive produce and star in the series alongside Rashida Jones.

“Inspired by Barris’ irreverent, highly flawed, unbelievably honest approach to parenting, relationships, race, and culture, Black Excellence looks to pull the curtain back and reboot the “family sitcom” in a way we’ve never seen before,” Netflix said in a statement.

“Barris and Jones will executive produce alongside Hale Rothstein (black-ish, grown-ish). The single-camera comedy will be produced through Barris’ production company, Khalabo Ink Society, under the multi-hyphenate’s overall series deal with the streamer.”

We’re guessing Barris may have a little more creative wiggle room at Netflix.

“Barris hasn’t been shy about his desire to flip the family sitcom and what it looks like on its head; and with the series officially launching its writers room last month, he is wasting little time getting to work on exploring and pushing those boundaries.”

Kenya Barris officially left ABC in July and the network’s decision to ban an episode of black-ish that centered around the NFL’s protests against police brutality could have been at the root of it.

The network’s president, Channing Dungey said, however, Barris will maintain a broader connection to the network.

“First of all, Kenya’s broader relationship with the Disney-ABC Television Group goes on, because he still is very involved in “Black-ish,” he has “Grown-ish,” he has a new show, “Besties.” she told Variety at the time.

Channing Dungey has also moved to Netflix, making us even more confident that Black Excellence could be the first of many great projects to come.