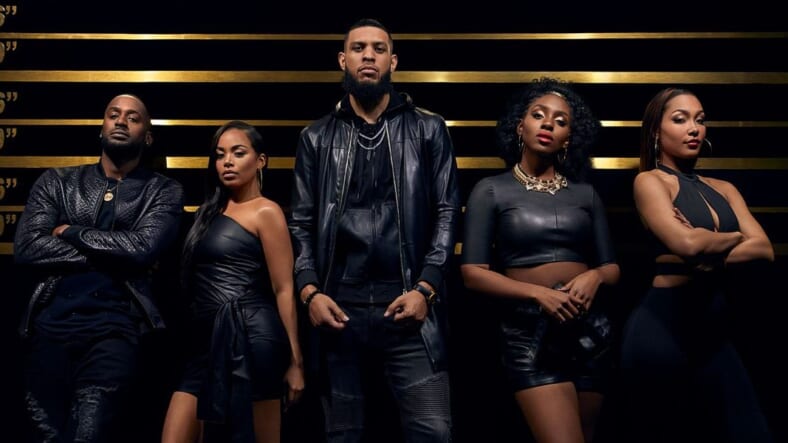 BET’s latest drama, Games People Play is full of mystery, deceit, and lots of risky romances and the stars of the series opened up to TheGrio about what it was like to shoot those steamy sex scenes.

One character getting tons of on-screen action is Marques King, played by Sarunas Jackson and he revealed why starring in those sexy scenes with Parker McKenna Posey was more of a challenge than usual.

“I’ve done them before right but this one was a little different because this is the first time where me and my partner were like basically naked,” says Jackson. “We have little things that cover us up but we see everything and there’s a lot of people in the room.”

The other element to contend with is the fact that plenty of people still see Parker McKenna Posey as the adorable “Katy” character she played on My Wife and Kids.

“Honestly it was easy for me. I feel like I’m really comfortable in my skin so it’s totally fine. And you know what we all do it in our real lives.”

“I feel like everyone like sees me and they’re like confused and I’m like, ‘What did you expect? You grew up, right? I understand because you can still find ‘My Wife and Kids’ on and you still see me as a little girl on TV. So if you see me in person it’s confusing. It doesn’t add up necessarily but it doesn’t bother me,” she says.

“Honestly I’m really grateful that I was on that show that paved the way for me in a way and for many other Black TV shows in a way so I’m proud of it.”

According to Parker, she has accepted the fact that some fans will always see her as a little girl.

“I’m not mad at it anymore. I used to be mad,” she says. “I did kind of overcompensate  on my Instagram you know back in the day…Everyone tells me I’m naturally sexy and I honestly don’t get it.”