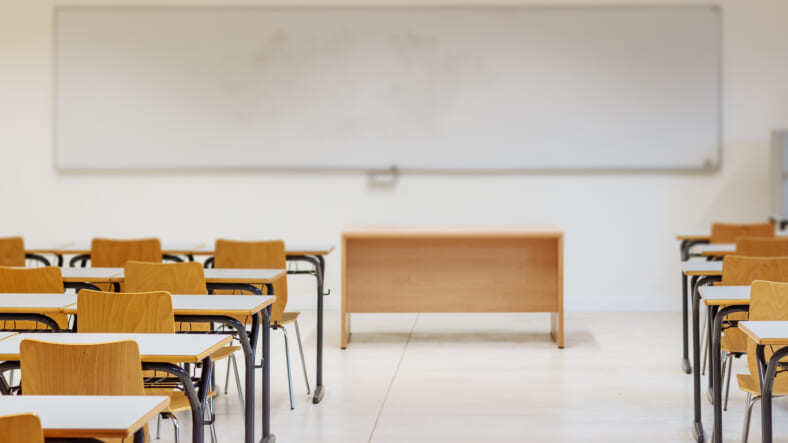 Students at an Illinois high school won’t have yearbook memories to take home after school officials took back 1,750 yearbooks =after it was discovered a number of students flashed the white power symbol in photos.

School officials are trying to find a solution for students at students at Oak Park and River Forest High School so they can distribute the books.

They sent parents a letter explaining that the symbols have become a signature of Neo-Nazi salutes, CBS News reports.

According to the outlet, students flashed the three fingers “OK” sign which formed the letter “W” and the index finger and thumb a “P” to indicate the “White power” sign.

The Southern Poverty Law Center reports that the gesture was recently introduced as a white power symbol on the internet board 4Chan and by Neo-Nazis in “a deliberate attempt to ‘trigger liberals’ into overreacting to a gesture so widely used that virtually anyone has plausible deniability built into their use of it in the first place.”

On Friday, superintendent Dr. Joylynn Pruitt-Adams told families the distribution of the yearbooks would be postponed.

“We’ve been made aware that this year’s ‘Tabula’ yearbook, which has not yet been distributed, contains several photos of students making a hand gesture that has different meanings. In some cases it’s in what is known as the circle game. However, the gesture has more recently become associated with white nationalism. Regardless of intent, the potential negative impact of this gesture has led us to decide that we cannot distribute the yearbook as is. We are looking at alternative options, and in the coming days we will share further details about distribution plans. In the meantime, we appreciate your patience and support as we work through this situation.”

The school sent the following letter to parents on Monday about the ordeal.

“We want to provide a brief update in response to concerns about the yearbook and when it will be distributed,” the notice read. “The administration understands the importance of the yearbook to high school students, especially graduating seniors. We are working diligently to determine a solution and distribution date as quickly as possible. Be assured, we will be publishing the yearbook. In the interim we will be publishing a blank book for signatures so students don’t miss out on that experience. We will share further details with you in the next day or so.”

The school board is reportedly discussing whether a revised version should be distributed to students.

No update on whether the students will be disciplined for their racist gestures.

While the yearbooks are being reprinted, students will reportedly receive an autograph book that can be glued into the new yearbooks.