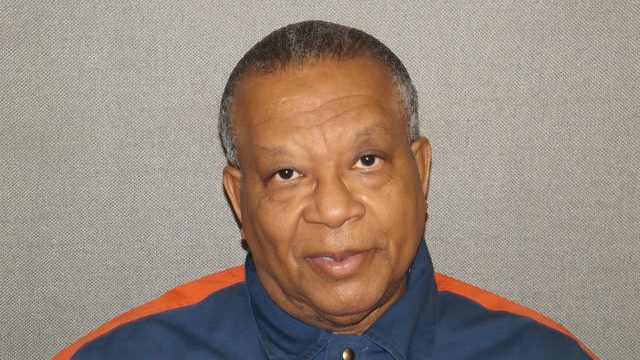 Michael Thompson, 68, has been imprisoned for half a century for selling weed, sparking social media outrage from activists like Shaun King. (Photo courtesy of MDOC Department of Corrections)

A black man is serving a 40-to-60 year sentence at Muskegon Correctional Facility in Michigan for a crime that is now legal in the state.

According to The Intercept, Michael Thompson has spent a quarter of a century behind bars because he sold three pounds of weed to a police informant in 1994. The state of Michigan legalized weed in 2018, which has Thompson confused as to why he’s still imprisoned. “You know after 25 years, you don’t feel nothing no more. You just feel numb,” he said.

In the 25 years since Thompson has been in prison his only son, father and mother have all died. His mother’s dying wish was that Thompson wouldn’t die behind bars. The now 68-year-old man says he was ashamed at his mother’s funeral because he had to wear handcuffs.

Report on police profiling is released and Halifax residents rally

Although Thompson has seen court decisions rule in favor of “nonviolent” criminals and first-time offenders, he’s noticed this isn’t the case if a firearm is involved. Thompson was arrested for the sale of marijuana, but his sentence’s longevity comes from guns police found on his property in conjunction with having a past record. Thompson wasn’t in possession of the guns at the time of the sale but was still penalized for them.

Since Thompson’s arrival at the Muskegon Correctional Facility, his record has been completely clean. “I’ve only observed Thompson as respectful towards the officers and other inmates,” writes Thompson’s morning correctional officer in his latest behavioral report. “I’ve heard of no complaints about him + haven’t had any negative interactions with him.”

His night correctional officer agrees. “Always respectful — has good communications skills — stays out of trouble — gets along with all staff and prisoners.”

Activists like Shaun King have chimed in, wondering why Thompson is still behind bars as well.

ALL HANDS ON DECK!

The state of Michigan has imprisoned Michael Thompson for the past 25 years for selling weed. He's 68.

Weed is now LEGAL in the state.

Listen to the NEW episode of @TheBreakdown and take our ACTION STEPS.

Michigan’s current governor, Gretchen Whitmer, entered office on a progressive platform, saying on her website the need to balance justice and safety. “Our country, our state, our neighborhoods can feel hopelessly divided,” the site reads. “Yet, I know that we can fix this. We can make Michigan a place where our kids stay, our families thrive, and other people come to for opportunity.” This outlook got Thompson excited about his future and hopes to finally see life beyond his cell.

But that feeling was short lived, a spokesperson for the governor’s office said, “As it relates to Mr. Thompson, there currently isn’t a pardon application/request before Governor Whitmer for him.”

Thompson denies ever being a violent or dangerous criminal. “I ain’t ever committed a violent crime,” he said. “Where’s the violence coming in at?”