PHOTOS: 10 Black Brits who have made it big in Hollywood

Check out a few of our faves from across the pond. 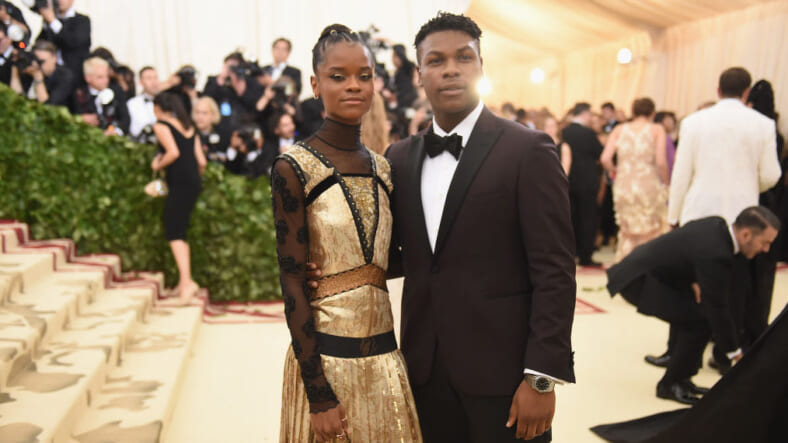 While some folks applaud the increased representation of Black folks we have seen on television and in films recently, others take issue with the fact that many prominent roles are going to Black, British actors over American ones.

The latest debate not he subject arose after a recent episode of Spike Lee’s She’s Gotta Have It reinforced the idea that these talented stars are just “cheaper” versions of American actors. The whole thing got us thinking about how many Black Brits have made a major dent in the Hollywood landscape, and we can’t imagine missing out on the talents of folks like Idris Elba, Daniel Kaluuya, and Letitia Wright, among others.

Check out our gallery of a few of our favorite Black Brits who have taken over Tinseltown:

Who could have been a better Stringer Bell than Idris? His performance on The Wire paved the way for hi to become one of the world’s biggest hunks and we can’t get enough of his sexy style and heart-stopping smile.

This actress has played a reluctant pop star in All The Lights and a loving mom in A Wrinkle In Time and we think she has earned her spot among Hollywood’s elite.

The Black Panther star wowed us all in Get Out and made our skin crawl in Steve McQueen‘s WIDOWS. He shows no signs of slowing down and that’s a very good thing.

We can’t imagine Princess Shuri being played by anyone other than this talented beauty who has been a brave voice on the topic of mental health and is already a huge inspiration to Black girls everywhere.

This actor-turned-director was flawless in his starring role in 12 Years a Slave and recently directed the Netflix film, The Boy Who Harnessed The Wind.

The actress who burst onto the scene opposite Viola Davis in WIDOWS is set to take on Harriett Tubman in the upcoming, Harriet and made her mark in The Rape of Recy Taylor.

This man took on the role of Martin Luther King Jr. in Selma beautifully and continues to represent African Americans well any time he hits the screen.

This beauty broke hearts all over the globe when she took her last bow on Game of Thrones and paved her allegiance to her kinfolk when she refused to entertain talks of starring in The Princess and the Frog because she insisted the role should go to one of her more “melanated sisters.”

The star of Star Wars: The Force Awakens and Pacific Rim Uprising has been consistently brilliant in each project he takes on, which is probably why he takes issue with accusations that he doesn’t deserve his gigs.

This Emmy-winning actress continues to dominate the small screen in shows like Westworld and never met a red carper she didn’t slay.