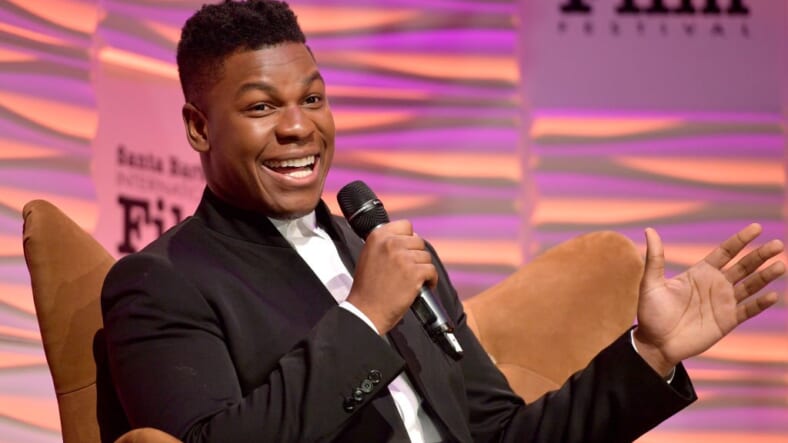 Thanks to an increase in representation, there are more Black faces in film and on television that ever before, but some folks aren’t happy about how many Black, British actors are blowing up in Hollywood. The latest season of Spike Lee‘s Netflix series, She’s Gotta Have It explored that topic in detail in an episode, with one character suggesting Black Brits are a “cheaper” version of American actors of color. The episode sparked criticism from fans and stars including John Boyega (Star Wars), who called the episode “trash” on social media.

EXCLUSIVE: John Boyega on Black Brits taking over and how faith fuels his success

This entire scene made me want to call Ofcom, I can't lie.
It was poorly written, nonsensical, offensive and lacked any nuance.
It added absolutely nothing of value to the conversation about the relationship between Black Brits & African Americans. #ShesGottaHaveIt pic.twitter.com/pDhiYyUeCm

Samuel L. Jackson has gone on record about how he feels about British actors getting roles over their African American counterparts. In 2017, his comments about Daniel Kaluuya starring in Get Out sparked similar conversations.

Samuel L. Jackson says he’s ‘not going to lose any money’ over his anti-Trump rants

“I know the young brother who’s in the movie, and he’s British…There are a lot of black British actors that work in this country. All the time. I tend to wonder what would that movie have been with an American brother who really understands that in a way. Because Daniel grew up in a country where they’ve been interracial dating for a hundred years. Britain, there’s only about eight real white people left in Britain … what would a brother from America have made of that role? I’m sure the director helped. Some things are universal, but everything ain’t,” he told Hot97.

“They don’t cost as much. Unless you’re an unknown brother that they’re finding somewhere. They think they’re better-trained, for some reason, than we are because they’re classically trained. I don’t know what the love affair is with all that. It’s all good.”

While it’s true that there are tons of Black Brits who dominate television and films in the U.S., that’s not necessarily a bad thing in our book. Why can’t we root for all Black folks to win everywhere?