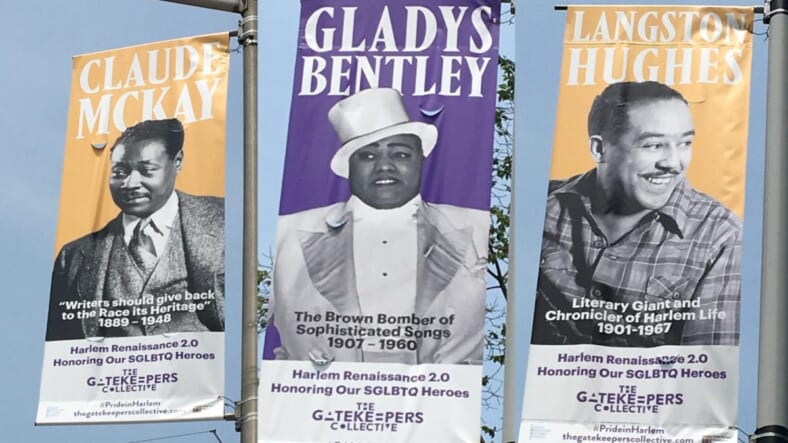 Some of the historic street banners on full display in Harlem. Photo credit: Durrel Knights.

Pride Month kicked off in Harlem with the historic unveiling of street banners as homage to the Black gay, lesbian, bisexual, transgender and queer trailblazers who were instrumental in building community and culture during the Harlem Renaissance.

Commemorating the centennial anniversary of the beginning of the “New Negro Movement,” more than 20 vibrant street banners featuring Black and white photos of  Alain Locke, a Rhodes Scholar who is known as the “father of the Harlem Renaissance,” Blues legend, Bessie Smith, poet and literary icon, Langston Hughes, and other icons were unveiled on June 1 along West 125th Street from Amsterdam Avenue to 12th Avenue. The signs were created by The Gatekeepers Collective (TGC), a Harlem nonprofit focused on Same Gender Loving, Gay, Bisexual, Transgender, Queer (SGLBTQ) history, and designed by artist Jonathan Key, who is a member of TGC.

This display is said to be the first time in the history of New York City that same gender loving and queer people of African descent to be honored in this way.

The banners are funded by the West Harlem Development Corporation and the Lower Manhattan Cultural Council. Together, with a dramatic performance commemorating Pride Month, forms the Harlem Renaissance 2.0 project.

“This is a historic moment because by celebrating the centennial of the Harlem Renaissance, we are acknowledging, affirming and celebrating the sexual identities of some of the pioneers of this seminal movement for the first time in history,” said Dr. John Martin Green, executive director of the The GateKeepers Collective.

This display comes at a time when even in liberal New York City, hate crimes against the LGBTQ+ community are ever present. An unidentified man was seen last Friday on surveillance footage setting pride rainbow flags on fire outside the Alibi Lounge in Harlem while the bar was still open and people were still inside. According to WPIX, the incident is now being treated as a hate crime. 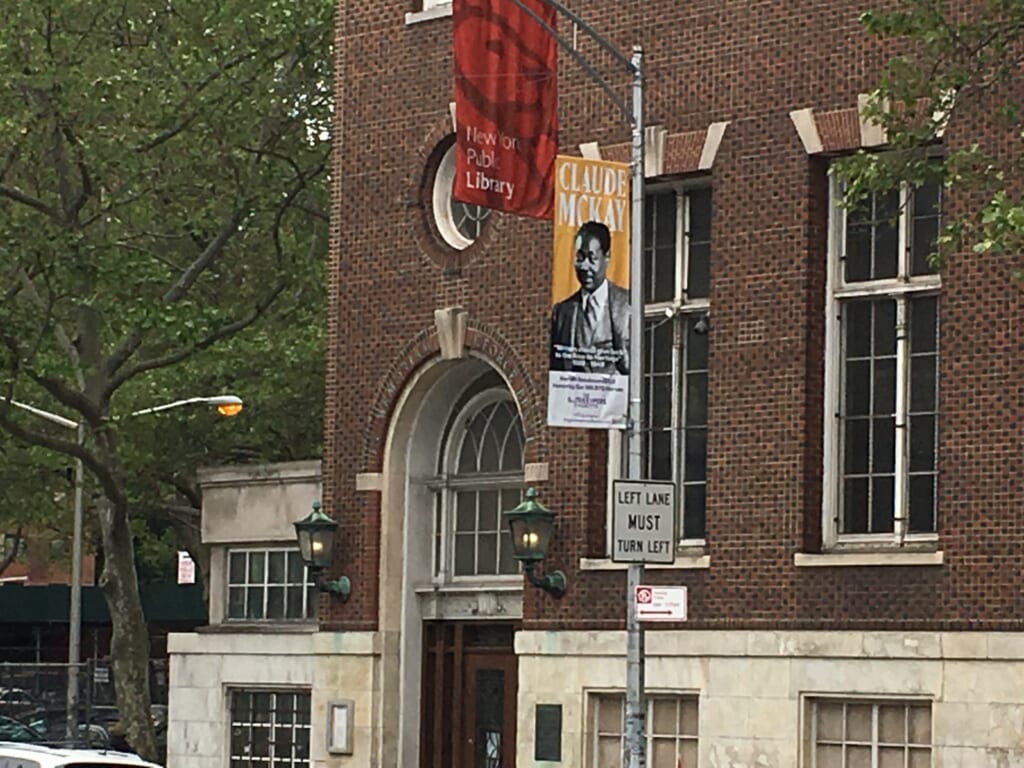 “The GateKeepers Collective (TGC) stands against any kind of disrespect or threats being leveled at any community. At TGC we’re in the business of creating symbols and programs that affirm and empower African descendant Same Gender Loving, Gay, Lesbian Bisexual, Transgender and Queer people in our community,” said Green in response to the pride flag burning.

TGC will not be intimidated by the incident and their banners will continue to fly throughout the entire month.

A history in color

This year marks the 50th anniversary of the StoneWall uprising in Greenwich Village and in 1978, Gilbert Baker created the rainbow flag to represent the growing LGBTQ+ movement. Several rainbow flags have been seen near the StoneWall National Monument, but the significance of Black LGBTQ+ trailblazers is not lost on the Harlem community as several organizations and leaders of color came together to see these historic banners become a reality. It’s a first of hopefully what will become many displays of queer inclusion. 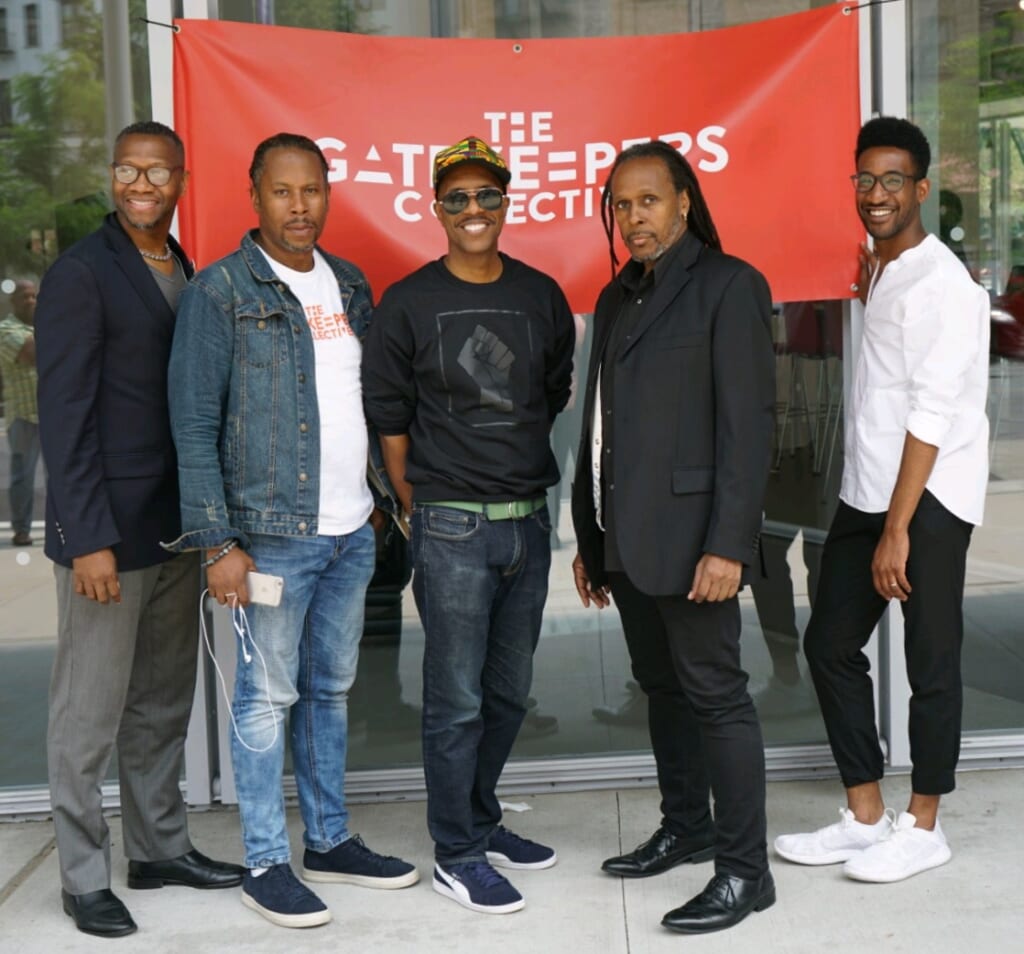