The "dope queen" has a lot going on. 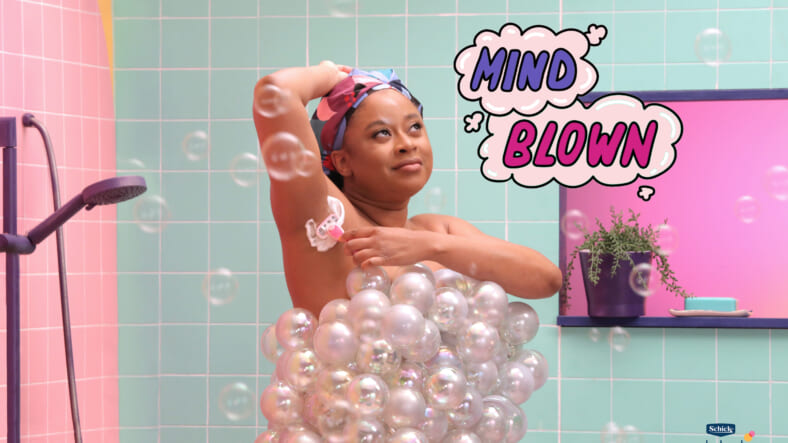 Phoebe Robinson, the multi-hyphenate entertainer best known for the podcast and HBO show Two Dope Queens, took time to sit down with theGrio‘s Senior Editor Demetria Irwin and dish on all her new projects.

Robinson, who can now add acting to her writing and producing credits, is on the road for her debut solo stand-up tour called Sorry, Harriet Tubman. In her hilarious talk with theGrio, Robinson explains why she named her tour that (It might not be what you think) and she also cleared up why the interview was taking place next to a bathtub.

Schick Intuition f.a.b. Shave Thoughts with Phoebe Robinson is Robinson’s fun new mini-content series on Schick’s Instagram page. There, you will find her laugh-out-loud takes on everything from ghosting to why on earth are bath bombs called bath bombs.

READ MORE: Hilarious video of dad having full-on conversation with baby is winning the internet today

In Robinson’s tub-side chat with theGrio, she also breaks down what that fancy new all-around deal with ABC actually means for her career. She also talks about what it felt like to book five dates of conversations with Forever First Lady Michelle Obama.

“It was really exciting for her to ask me to moderate on some of the book dates with her, doing five, which is very crazy. And I loved her book so much and I think it is such a great moment . She was filling arenas of 15,000 people coming out for a book. Especially a book written by a Black woman. Like that just doesn’t happen almost ever,” she said.

And though Robinson has numerous titles under her belt in entertainment, there is still one area she’s never tried and she aims to make that happen in the near future.

Check out the interview below find out what Phoebe Robinson’s dream gig, who are comedic idols are and more quirky facts.