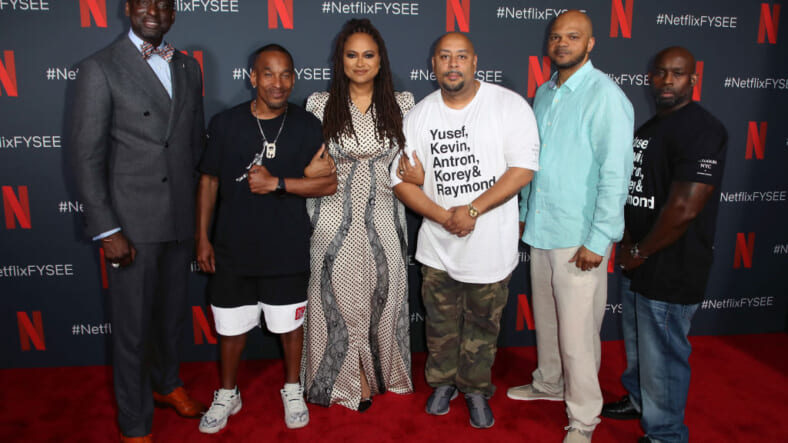 Since the release of Ava DuVernay’s masterful portrayal of the railroading of five teens of color in 1989 in When They See Us, the racist prosecutor has been dealing with the fallout of her actions.

And now, DuVernay is revealing why Linda Fairstein needs to be held accountable.

DuVernay’s explosive Netflix portrait offered a searing lens to view the wrongful conviction of five boys who were coerced, intimidated and beaten by New York City police detectives into copping to a heinous rape charge against a Central Park jogger. The men now dubbed as the “Exonerated Five” were jailed but later acquitted of the crime after DNA evidence and a confession from the real attacker proved their innocence.

DuVernay sat down with Oprah on Sunday to talk about Fairstein and the controversial case that landed five innocent boys on the receiving end of unjust prison sentences and death threats, according to The Hollywood Reporter.

Winfrey spoke with DuVerynay, the five men Raymond Santana, Kevin Richardson, Antron McCray, Yusef Salaam and Korey Wise and held a roundtable discussion with 11 actors and three producers for a TV special scheduled to air June 12 on both OWN and Netflix.

Since the airing of the four-part limited series, Linda Fairstein has stepped down from the boards of Vassar College, God’s Love We Deliver, Safe Horizon’s and the Joyful Heart Foundation.

Fairstein has also been dropped by her publisher Dutton, according to the Associated Press.

In response to the backlash Fairstein has received, the Oscar-nominated director told Winfrey over the weekend:

“I think that it’s important that people be held accountable,” explained DuVernay.

“And that accountability is happening in a way today that it did not happen for the real men 30 years ago. But I think that it would be a tragedy if this story and the telling of it came down to one woman being punished for what she did because it’s not about her. It’s not all about her. She is part of a system that’s not broken, it was built to be this way. It was built to oppress, it was built to control, it was built to shape our culture in a specific way that kept some people here and some people here. It was built for profit. It was built for political gain and power. And it is incumbent on us; it lives off us, our taxpayer dollars, our votes, the goods that we buy that are made inside of prisons. It lives off of our ignorance and we can no longer be ignorant. OK, Linda Fairstein. OK, Elizabeth Lederer. OK, all of these people on this particular case who need to be held accountable. But the real thing that we are all trying to do, all the artists who collaborate with me…our real goal is to be able to say, ‘Go America. Let’s do this. Let’s change this.’ You can’t change what you don’t know, so we came together to show you what you may not know. Now that you know, what will you do? How will you change this? That’s our goal.”