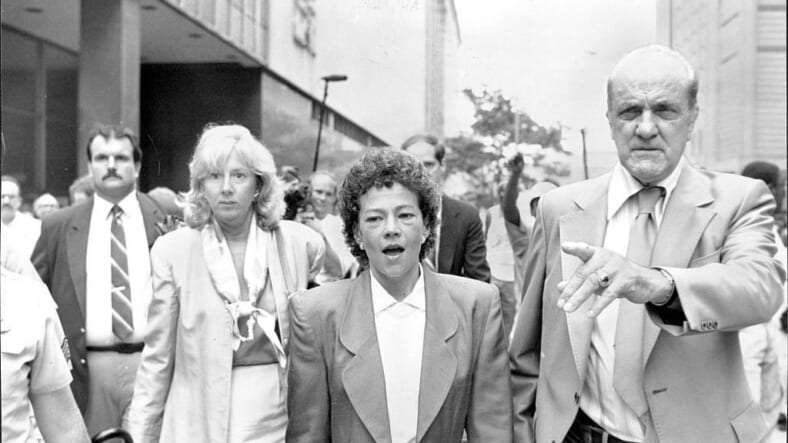 Elizabeth Lederer, the Manhattan Assistant District Attorney who prosecuted the “Central Park Five,” whose convictions were ultimately overturned, has resigned from her post as a professor at Columbia Law School on Wednesday after protests erupted calling for her removal.

Lederer is feeling the wrath after the airing of Ava DuVernay’s explosive “When They See Us” series, which gave a raw fictionalized view of her role in convicting five young Black men who were accused and then acquitted of raping a Central Park jogger.

Lederer worked as a part-time law professor when the Black Law Students Association assembled on Tuesday and called for her to quit, calling her “racist” and demanded that the school fire her.

“The mini-series has reignited a painful—and vital—national conversation about race, identity, and criminal justice. I am deeply committed to fostering a learning environment that furthers this important and ongoing dialogue, one that draws upon the lived experiences of all members of our community and actively confronts the most difficult issues of our time,” Dean Gillian Lester told Bloomberg News.

The students who demanded her firing also want the school to implement a curriculum that combats institutionalized racism and infuse anti-racism lessons into its instruction.

Lederer is the latest Central park Five prosecutor to be taken down in the aftermath of the airing of the Netflix movie.

In a letter drafted on Tuesday, the Columbia Law School Black Law Students Association noted that Lederer “wrongfully prosecuted” five Black and Brown teens for the 1989 rape and beating of a jogger in Central Park.

—The Central Park Five Case: Where the racist cops and prosecutors are now—

“The lives of these five boys were forever changed as a result of Lederer’s conduct,” the letter reads. “During the investigation, Lederer and her colleagues used harmful, racist tactics, including physical abuse and coercion, to force confessions from the five minors. The case they built was founded on false information and an overwhelming lack of physical evidence.”

Last week, the university’s Black Students Organization began circulating a petition calling for Lederer to step down and calling on Columbia Medical School to recall an award it bestowed on Linda Fairstein, who oversaw the prosecution as head of the Manhattan District Attorney’s Office Sex Crimes Unit.

Fairstein has since been forced to step off of the boards of Vassar College, Safe Horizons, Gods Love We Deliver and was dropped from her publisher.