The 5-day festival features premieres, panels, and parties featuring some of our favorite stars 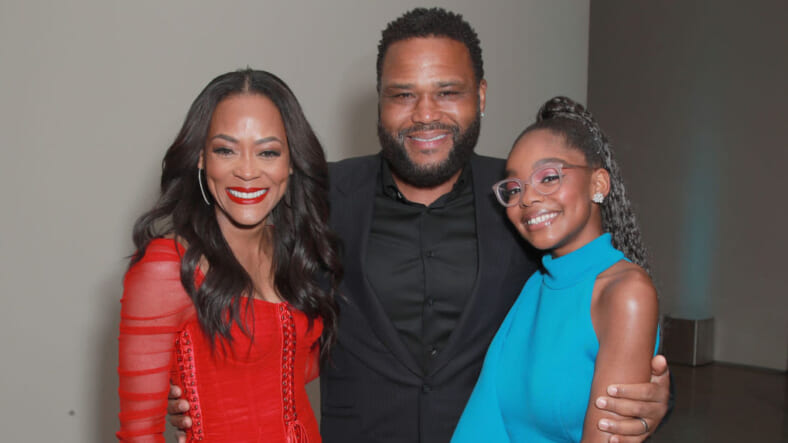 The American Black Film Festival is going down in Miami and TheGrio is front and center for all the festivities. Tons of famous faces headed down to the beach this week to mix and mingle with fans, creatives, and journalists as they premiered their projects and participated in panels about navigating the entertainment industry. ABFF welcomed stars like Omari Hardwick, Anthony Anderson, Marsai Martin, Robin Givens, Jemele Hill, Larenz Tate, Jacob Latimore, and more.

ABFF kicked off with the world premiere of Shaft, starring Samuel L. Jackson, Richard Roundtree, and Jessie T. Usher on Wednesday evening. The next day was filled with tons of screenings, master classes, and panels including a conversation with LisaRaye McCoy, who sat down with TheGrio’s Entertainment Director, Cortney Wills at the Capital One Cafe to discuss everything from Black beauty standards to fighting fear to pursue your dreams.

Netflix presented their incredible documentary, The Black Godfather while TVOne treated attendees to an early screening of The Bobby DeBarge Story. Netflix premiered its upcoming film, BEATS on Thursday night, followed by a private, star-studded soiree where guests dined on a gorgeous sushi spread and danced the night away.

On Friday morning, Tracy Oliver presented a first look at her highly-anticipated series First Wives Club while Kofi Siriboe, Nafeesa Williams, and D. Harris-Lawrence discussed representation at the “See Yourself In The Work We Do” panel.

Later, Karen Huger, Porsha Williams, and Dr. Jackie Walters discussed living out their personal lives on the small screen during the “Black Love & Families” panel before Porsha (sans engagement ring) started filming what looked like a scene for RHOA, (or an unspecified reality project).

TheGrio’s Cortney Wills moderated an intimate conversation with The Chi star, Jacob Latimore and discussed the award-winning series, mastering your craft, and pursuing your passions.

Meanwhile, Jemele Hill, Lala Anthony, Iyanla Vanzant, Tracy Oliver, and BET EVP, Connie Orlando shared words of wisdom about gender inequity in Tinseltown at the “About Women” panel. Next, POWER stars, Omari Hardwick, Lala Anthony, and Larenz Tate hit the stage to discuss their hit series at the “Dream in Black” panel. The night concluded with the world premiere of OWN’s sexy new series Ambitions, starring Robin Givens and Essence Atkins, followed by a Q&A with the whole cast and the show’s creator, Jamey Giddens, moderated by TheGrio.

The 5-day festival is still in full swing, so check back for more details about ABFF throughout the weekend.