Shut your mouth! ‘SHAFT’ director Tim Story on updating the classic film and creating a better understanding of Black masculinity in Hollywood

The director of "Ride Along," "Think Like A Man," "Barbershop," talks about his latest project, "SHAFT"

Hollywood hit movie director, Tim Story, opens up about what it takes to succeed in the industry. (Photo still from Grio video)

Story, 49, is responsible for directing hit movies like “Ride Along,” “Think Like A Man,” “Barbershop,” and “Fantastic Four” amongst others, and seven of his feature films have earned $1.1 billion dollars total at the box office worldwide.

In addition to making major bank, Story has made his way into the history books as the only African-American director to have six movies debut at #1 during their opening weekends. The earnings have surprised analysts who for some reason continue to underestimate the success of his films.

“It is weird to work for an industry that keeps on using the word surprise,” Story said in a previous interview with TheWrap. “It is so evident that… the Black and brown audience, whatever you want to call it, is so strong.  We will keep ‘surprising’ them as long as it allows us to do more movies.” 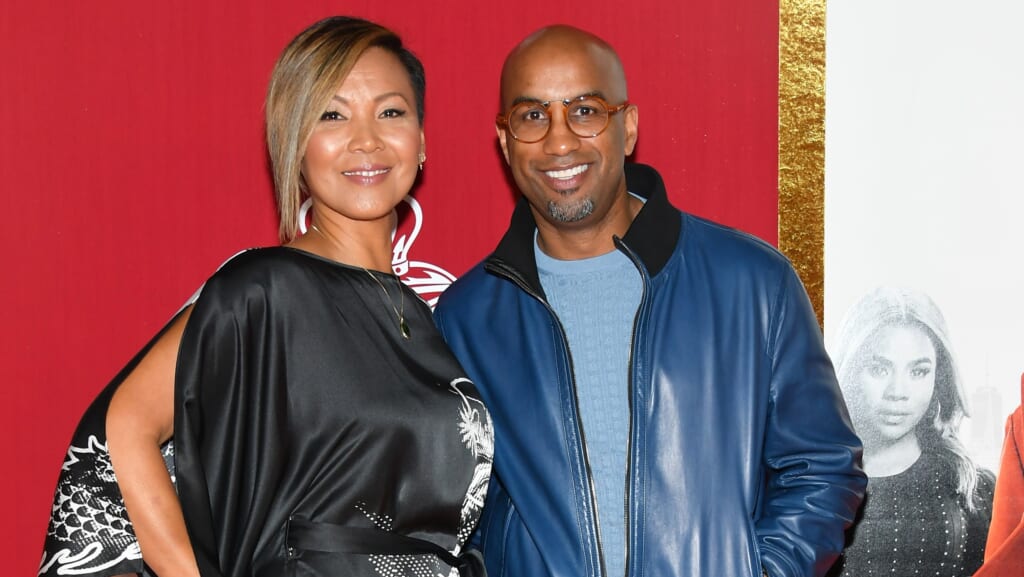 A native of Los Angeles, Story briefly pursued a rap career when he was younger, performing with Ice-T‘s group, Rhyme Syndicate. Just before signing a record deal, Story decided to give up his dreams of hip-hop stardom when a close friend and fellow group was shot and killed. Fueled by the tragedy, he shifted direction, graduated from USC film school and started a movie in 1996 company with his wife, Vicky.

With his reputation for hit movie-making solidified, Story is now hoping for another win with the latest installation of the “SHAFT” movie franchise which opens on the big screen this Thursday.

TheGrio sat down with Story in the heart of Harlem, NY, where “SHAFT” was filmed, to get the scoop on how he updated the classic Blaxploitation film, representing Black men’s masculinity on-screen, and the secret formula needed to “make it” in Hollywood.

TheGrio: Let’s talk about the three generations of Black men in this movie and their relationships to one another. Why was that such an important element to include in the film?

TIM STORY: To get a script that kind of just gave you the story like Kenya Barris gave me, where you’re talking about such poignant points and just such great relationships and then to bring it to screen was just the right thing to do. Especially with Shaft because you’re dealing with such an icon in terms of the definition of manhood.

Then of course there is the question of what is a man? How do you define manhood today? We have Jessie T. Usher to kind of have his millennial version of what that is. To have that conversation about what it means to be a man today was just a lot of fun.

TheGrio: I noticed that part  Jessie’s character does challenge his elders frequently in the film. Do you think that can be helpful in terms of conversations that we have in our own families about Black manhood?

TIM STORY: One hundred percent. There are things of the past that should still be around today. For instance, I don’t think it’s a bad thing to open a door for a woman. Then there are other things that obviously don’t belong today and then there are new ways of doing things. There’s a new definition for womanhood as well and that has to be kind of put inside the definition of manhood.

TheGrio: When I was young, watching blaxploitation films, there was typically at least one, strong female hero, but in some of these movies, the women were just there as eye candy. The women in SHAFT are much more and feel very much like food for our souls. What was the intention behind that?

TIM STORY: We’re just in a world where womanhood has been represented so strongly now and it’s just a great time to bring them even further into the forefront. We wanted to mess with the fact that we’ve got a new era and it’s women who deserve this representation now. In doing this movie we had to be sure we did that.

When you have actresses like Regina Hall and Alexandra Shipp, they’re as powerful as the men and in some cases, even more. I wanted to be sure we show that in this movie.

TheGrio: What was one unexpected challenge that you’ve had to face in your career and what advice would you give to an up-and-coming Black creative who’s trying to be the next Tim Story?

TIM STORY: Good question. It’s hard. You have to get it done. You have to learn your trade. You have to learn what it is you’re trying to do if it’s a filmmaker. What’s cool about today is the medium for which we show our product. The lines are getting blurred. Whether it’s a film or a television show or a miniseries, whatever it is. It’s getting your idea across and making it.

There used to be a problem way back when your movie went to straight to DVD. If you’re a filmmaker, that’s a bad thing, but now, if it goes to Netflix, it’s not a bad thing anymore.

I just say to any filmmaker who’s coming up or learning to do what they do to just finish and see it to the end. Once you’ve finished it you’ll see that there are so many avenues for it to come out. Lastly, don’t be discouraged by what you you’re going through.

This interview has been edited for length and clarity. ‘SHAFT’ hits theaters June 13th.