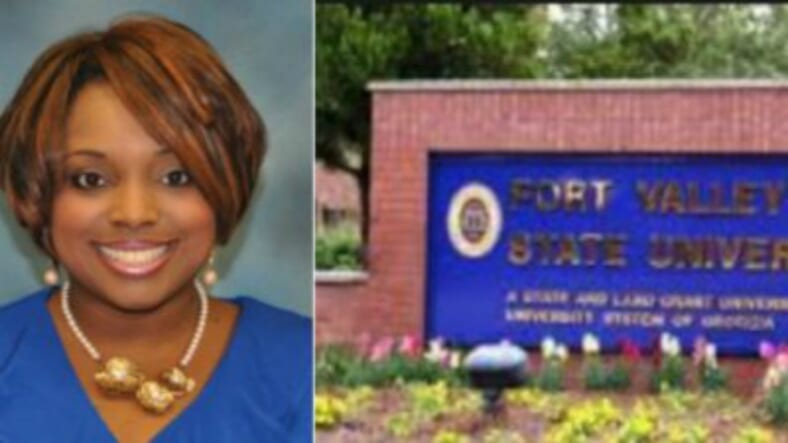 The former executive assistant to the President of Fort Valley State University has accepted a plea deal that keeps her out of jail in exchange for her testimony against six men in the high-profile prostitution ring case.

Alecia Johnson pled guilty to prostitution of herself and a FVSU student in 2017 and 2018. In exchange for her plea, the 49-year-old will be on probation for five years, serve 180 days house arrest and pay a $1,000 fine, Atlanta’s WSB-TV reports. Johnson who was a graduate member of Alpha Kappa Alpha sorority will also testify against the half dozen men who were indicted and face sex trafficking charges.

The six men allegedly associated with her scheme were identified as Ernest Harvey, 47, Kenneth Howard, 56, Ryan Jenkins, 35, Charles Jones, 57, Arthur James Nance Jr., 46 and Devontae Little, 26. Each man was also indicted on one count each of solicitation of sodomy.

The positions they held ranged from one being the former FVSU attorney, another the Hinesville, Ga., city manager, a county commissioner and a pastor. A man charged as a child rape suspect was also indicted.

The development originally surfaced more than a year ago after it was discovered that a group of female students seeking money to pay their membership fees to join the sorority were recruited into sex work by Johnson as a source of income. Johnson had been an employee at the school since 2004 and earned approximately $64,000 annually at the time of her resignation in April 2018.

After a yearlong investigation of the allegations, Johnson was indicted and charged with six counts of prostitution, three counts of pimping and two counts of solicitation of sodomy.

In the wake of the indictment, AKA leaders withdrew the Fort Valley State University chapter’s privileges, “pending the outcome of the investigation.” It is unclear what Johnson’s status will be with the sorority as a result of the charges.