The humanitarian crisis at the U.S.-Mexico border is continuing but the Washington Redskins cornerback has chosen to give to a charity that is helping those caught in the situation 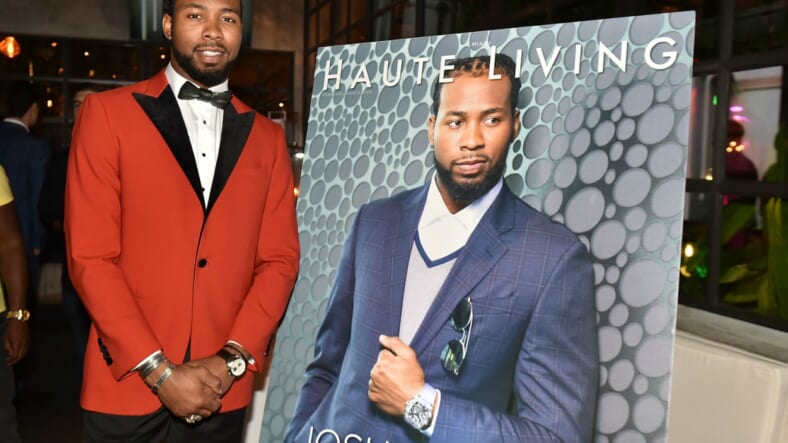 The horrifying photos of children looking dirty and unkempt, sleeping on a concrete floor at the U.S.-Mexican border has captivated the world and compelled NFL star Josh Norman to donate $18,000 to the Humanitarian Respite Center in McAllen, Tex.

On Thursday, the Washington Redskins cornerback gave the generous donation to the organization which is run by the Catholic Charities of the Rio Grande Valley as a proactive measure to take action amid a harrowing crisis at the U.S.-Mexico border, ABC News reports.

Norman has been the highest paid cornerback in the NFL for several years now.

“Kudos to Josh Norman with the Washington Redskins for visiting the humanitarian respite center/McAllen today & contributing to our response to restore human dignity,” wrote Norma Seni Pimentel, the charity’s executive director thanked Norman and posted a picture of Norman with an oversized check along with kids at the facility on Twitter.

Kudos to Josh Norman with the Washington Redskins for visiting the humanitarian respite center/McAllen today & contributing to our response to restore human dignity. @J_No24 @Redskins pic.twitter.com/sLIbo3b7Fs

This week, the House passed a $4.5 Billion emergency Border Aid Bill to address the humanitarian collapse in which migrants are discovered to be living in squalid conditions.

Some $3 billion has been earmarked to take care of the unaccompanied migrant children in the custody of the Department of Health and Human Services (HHS) who have been living in deplorable conditions, The Texas Tribune reports.

Norman has been a low-key supporter for immigrant children and last June he gifted children at a local detention center with hundreds of toys, treats, books and school supplies after hearing about Trump’s restrictive “zero tolerance” policy.

“We all see it, but nobody’s moving to action,” told The Washington Post last year. “And to be honest with you, I would actually like to have done more. … Because it was needed.”

He slammed anyone who dared to criticize him for his charitable work: “You want to say that I can’t speak on any other issues but watching football games, then you should turn your effin’ channel,” Norman said. “’Cause ain’t no way in heck you’re going to tell me, as a person, as a tax-paying citizen, any differently. I have more than enough rights to say whatever the heck I feel like saying. As long as I pay taxes, you can’t tell me anything.”