Irv Gotti on debuting Kanye West song “Brothers” on ‘TALES’ and Ye’s support for Trump: ‘He knows what he’s doing’

The Murder INC. founder also weighed in on West's support for Trump and mental illness. 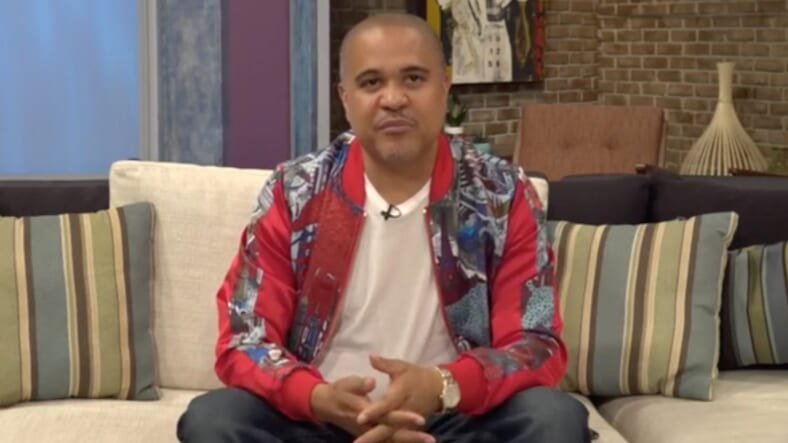 TALES is back on BET for its second season and the show created by Irv Gotti will debut a new song from Kanye West on Tuesday night. In “Brothers” Yeezy seems to address the ongoing tension between him and Jay-Z, and TheGrio sat down with the Murder Inc. founder to find out his thoughts on Mr. West.

“I got Kanye to agree to make a new song. It’s a brand new song on season premiere of TALES. You’ll see a two-hour movie that is associated with the song about the trials and tribulations of two brothers,” he says.

“I can get new songs from artists and turn them into two hour movies…I think about what I want and what I think the hip-hop culture wants.”

“It’s a brand new record that I produced. I also directed the episode,” he says.

“Working with Kanye is fascinating because you never know you got him until you got him. Working with him, he dances to the beat of his own drum. If you want to talk Kanye and Donald Trump— and he gets so much flack for that, it’s not that he really f***s with Donald Trump…”

According to Gotti, West’s support for Trump,p has more to do with his desire to go against the grain than it does about his actual politics.

“He doesn’t like people telling him what he can and cannot do. He doesn’t care. You’re not going to tell him how to think or how to feel,” he says.

“He’s not a bad person. I love Kanye. Kanye is actually a super family man. He and Kim’s relationship is real. There’s real love there and they’re raising a family.”

Gotti also admitted he has a hard time buying the notion that West’s questionable behavior has to do with his mental illness.

“He wants to be crazy because he wants people to think and feel that he’s a genius. I’ve been around him, I’m not giving him that out. You’re my man, you ain’t crazy. Shut up. You know what you doing. That’s not to belittle mental health, but I just feel and think Kanye is smart and he knows what he’s doing,” he says.