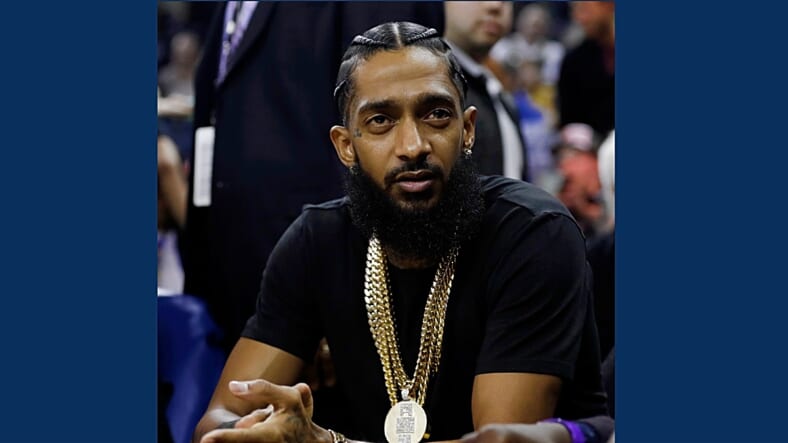 The Los Angeles County Department of Medical Examiner-Coroner revealed on Monday that rapper Nipsey Hussle died from gunshot wounds of the head and torso. (Photo courtesy of AP.)

The Los Angeles Police Department’s Office of the Inspector General is now investigating why the woman who fled the scene of Nipsey Hussle’s murder, driving the suspect in a getaway car was sent home by police after she attempted to turn herself in.

The Internal Affairs Group is evaluating a desk officer’s response in the incident, according to CBS News.

The woman, whose name is being withheld by police, reportedly helped the suspect, Eric R. Holder, flee from the March 31 killing but later went to the police station after her car and license plate were widely featured on the news.

“Oh my God,” the woman told her mother, according to Grand Jury testimony. “My car is on here and everything, and I didn’t do anything. I didn’t know this boy was gonna do this.”

CBS News reported that when her mother tried to notify police, she was allegedly told that detectives wouldn’t be available until 6 a.m. the next day.

The next morning, when they showed up at the police station, a front desk officer said “don’t worry about it” and “don’t listen to the news,” according to Grand Jury transcripts. The woman left but attempted to reach detectives again later, but was turned away, according to LAPD Detective Cedric Washington’s testimony.

Now an internal investigation will examine what went wrong.

“While the initial indications pointed to a miscommunication, we have initiated an administrative investigation to ensure all policies and procedures were followed,” Josh Rubenstein, an LAPD spokesman, told CBS News in an email. “We will review all statements that have already been given, interview all of the individuals involved, and look for any potential body cam video that may have captured the interchange.”

But so far, Rubenstein told the Los Angeles Times that police appeared to have acted properly.