What’s next for Ryan Destiny after ‘STAR’ cancellation? 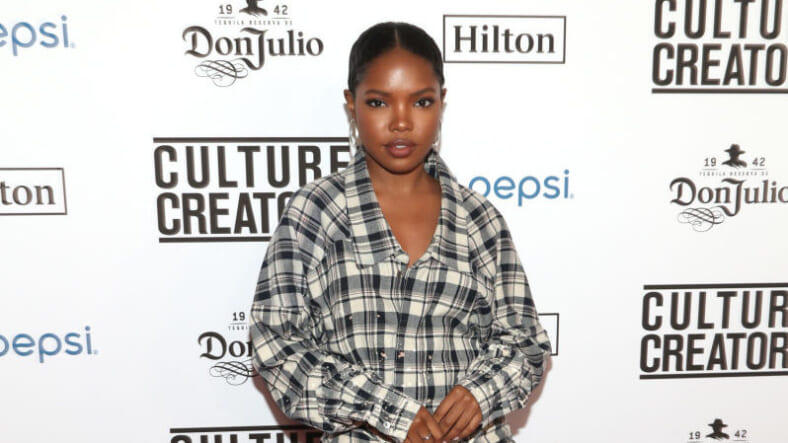 When FOX announced that it would be cancelling Lee Daniels‘ STAR, tons of fans were crushed that they wouldn’t be seeing Ryan Destiny grace their small screens every week. any longer.

Luckily, the talented beauty who played Alexandra on the series that also featured Queen Latifah, Luke James, Brandy, Jude Demorest, Brittany O’Grady and Quincy Brown has already landed her next gig and we couldn’t be happier.

EXCLUSIVE: Ryan Destiny on colorism and learning to love her dark skin

Ryan Destiny will have a recurring role on the third season of Grown-ish alongside Yara Shahidi, Trevor Jackson, Luka Sabbat, and Chloe x Halle.

Destiny will play Jillian, a transfer student from an HBCU who has come to study filmmaking at Cal U. Smart, worldly, and cultured, Jillian can talk art and music with Luca (Luka Sabbat), politics and activism with Aaron (Trevor Jackson), and also fits right in with Zoey (Yara Shahidi) and her eclectic crew of girls.

The black-ish spinoff executive produced by Kenya Barris for Freeform has already begun production for the show’s third season.

Following news that the Fox Network cancelled the music drama STAR after three seasons, comes word from producer Lee Daniels that the series will be making a comeback as a televised movie.

“The bad news is that ‘Star’ is not getting picked up for series,” Daniels said in an Instagram video post on Friday, captioned “Get ready for a two-hour gag!!”

In the clip, he calls the circumstances surrounding the cancellation “too long of a story to cry about.”

“The good news is: we’re doing a movie of the week to wrap things up for you all,” he said.