The singer sent an Instagram message to his fans from his hospital bed, but says he hopes to get back on his feet and start making new music 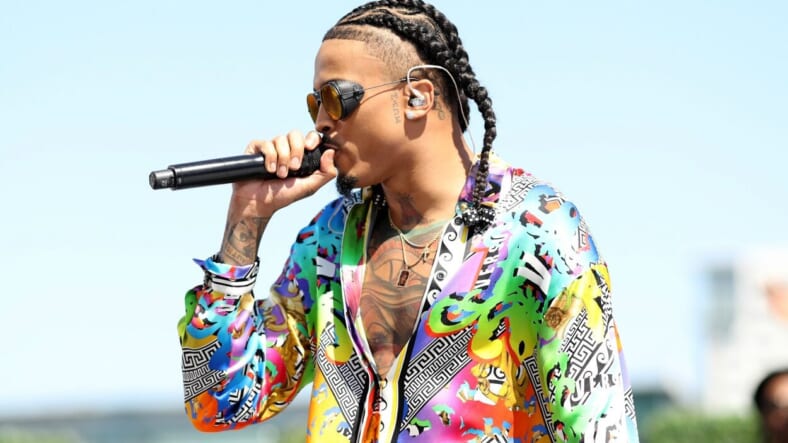 August Alsina is soldiering through what seems to be a tough period in his life.

The singer revealed on Monday that he is struggling with a health setback and was hospitalized after losing his ability to walk. He posted the news on his Instagram to inform his fans about the disturbing news.

Hiiii guys!! ?It’s me, being my most awesome, weirdly great self. ??‍♂️I’m here with the stitch ? & to also apologize for not being able to make the essence fest gig last night. I take my career & your time very seriously & the fact that you guys show up for me, endlessly. Means the world! I’m man down right now, & figured I should share.. that My auto immune disease is raging, but im fighting this thing & on my mission to shake back & beable to make it up to you! I got so much ?NEW NEW? to share w/ you!!!..& Big Love to give. ❤️ Big Life, Big Dreams & every peaceful thing to you! Less stress, More Love, More Rest, & Jah Bless. ?? know that HE’s got you even when it all feels too complex. ?⚡️??

Alsina however is hopeful that doctors will get him up and back on his feet soon, PEOPLE reports.

“We’re doing a bunch of tests and they’re saying I have some nerve damage going on throughout my body,” August explains. “It’s like my immune system went on vacation. So, I’m just waiting on it to come back and we can get together and it can do what it do, man.”

Back in 2017, Alsina opened up to Jada Pinkett Smith about his struggle with liver disease that has left him “sicker than ever” and struggling to accept what the doctors tell him. He said he suffers from an autoimmune disorder that runs in his family. In fact, he said, both his father and grandfather died of “severe illness.”

In recent years, Alsina has been known to be very close to Smith. He even appeared on the first season of Red Table Talk, discussing how she helped him when he was dealing with hard times at one point of his life. He also wrote a heartfelt message to the veteran actress on her birthday, with some believing that his message was a little bit too much for a married woman.