Because she understands the challenges of fighting the powers that be for progress and equal justice. 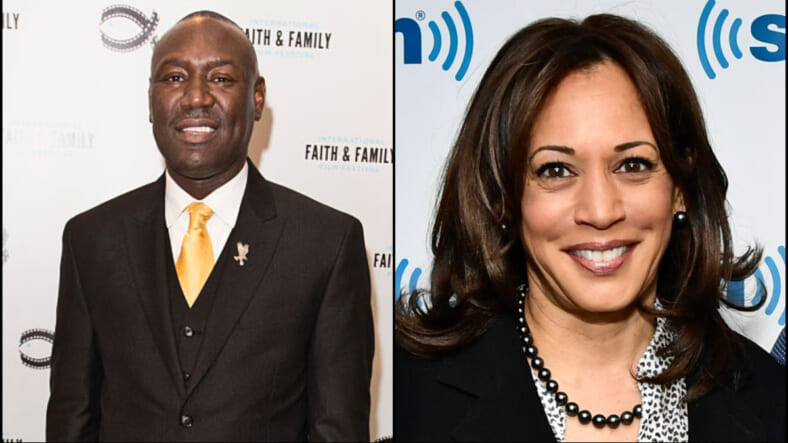 President hopeful, Sen. Kamala Harris continues to rise through the ranks of the 25 other Dems running for the country’s top spot next year. Now, the former attorney general of California has scored an important endorsement from a trailblazing attorney.

Though contacted by various campaigns for his support, civil rights attorney Benjamin Crump has announced his official endorsement for Harris. The high-profile Florida attorney is most widely known for representing Black families who have experienced tragedy from gun violence, usually at the hand of trigger happy white people.

Crump most notably represented the family of Trayvon Martin, who was killed by neighborhood watch captain, George Zimmerman in 2012, as well as the loved ones of Michael Brown and Tamir Rice, both of who died at the hands of white officers.

According to Politico, Crump has compared the significance of Harris’ campaign to that of former President Barack Obama back in 2008. He also talked about how her experience working as California’s attorney general made her a candidate who cared about equality.

“When you look up some of the stuff that she’s tried to do working from the inside, you know that she understands the challenges of trying to get progress when there are a lot of powers that be that are pushing against the cause for equal justice,” he said.

Over the weekend, Harris paid a visit to the Omega Psi Phi Leadership Conference in Atlantic City, New Jersey and Crump, who is a member of the Black fraternity, had to the opportunity to introduce her.

Yahoo! reported that during his opening remarks, Crump called Harris a “trailblazer,” who is on a “historic journey” to become “the first woman of color to be president.”

Harris has been criticized by some Black voters for tough stance on crime and her criminal justice record incarcerating numerous Blacks and Latinos, but Crump hopes that voters will see the bigger picture.

“See all the things she did when she was the first Black attorney general in the state of California because many of the programs that she instituted were unprecedented in America. That was very beneficial for communities of color,” he said. “And when you look at all the other top-tier candidates, she is by far better on the issues than they have been in the history of their careers when you look at their voting records and their rhetoric.”

Though Crump expressed that he was impressed by Harris’ performance at the debates a few weeks ago and her overall background in civil rights, he noted that the biggest factor for his endorsement was closer to home: His 6-year-old daughter.

“She’s a Black woman and she’s blazing trails to make it very possible for you and all the other little princesses across the country, whether Black, white or Hispanic, that yes, you can be President,” Crump recalled explaining to his daughter.

“And it’s gonna happen one day. Sen.Harris, I believe, is just as qualified to become the first woman to be President of the United States as anybody else.”