Gina and Jeremy Miller are a married couple that also owns a successful realty company, and they say they never expected what they saw on one of their 'For Sale' signs 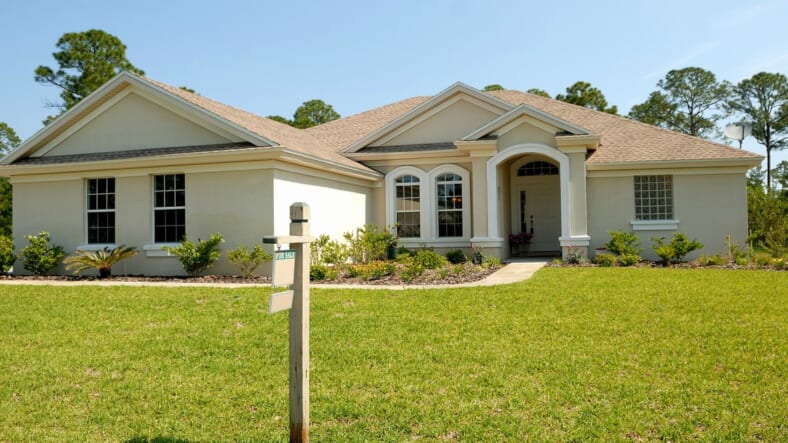 An interracial couple in Alabama have found that racism is a lot closer to home than they once thought.

On Wednesday morning, Jeremy Miller and his wife Gina, who own a realty company, were alerted a “For Sale” sign on one of the houses they were selling had a racial slur painted on it. They soon arrived to the Jefferson County house to find the phrase “NO N*****S” painted in large white letters, according to AL.com.

The couple has been married for 13 years and have five kids with one on the way. They said they had never experienced anything like this.

“It hurts. I mean we hear stuff, but I just brush it off,’’ Jeremy said. “I’ve never seen anything like this. This has never happened. I will laugh in the face of adversity but when it comes to protecting my wife and children, that’s different.”

Gina expressed pity for the person who painted the slur and said she was disappointed that things like this was still persistent in society.

“Honestly, I just felt sad for the person who did this,’’ she said. “It’s extremely disappointing that in this day and age, this is all you have the time to do.”

When word spread about what happened to the couple, friends took to social media to express their support for the pair and their family.

“‘You lose a lot of time, hating people’ – Marian Anderson,’ ” one friend wrote.

“Jeremy and Gina are a rockstar couple that are doing great things for Birmingham. It’s a shame these things still happen with so much forward thinking,” wrote another.

Though the couple, who describe themselves as deeply religious, explained that their business was doing well compared to competitors in the area, they said they had no idea who could have done this and have left the sign up. They also noted they would be filing a police report, but were not sure they were going to file charges if given the chance.

“I would want them to know we were merciful to them,’’ Jeremy said, “when they were not merciful to us.”