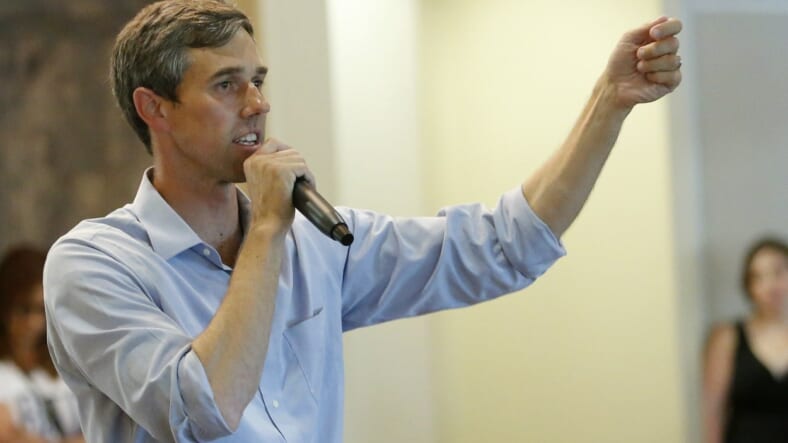 Presidential candidate Beto O’Rourke has been pretty outspoken about issues concerning social justice, reparations and police brutality. After NBC recently uncovered that Sen. Mitch McConnell’s great-great-grandfathers (both on his maternal and paternal sides) owned 14 slaves, O’Rourke has revealed his own uncomfortable family history.

After The Guardian conducted their own investigation into O’Rourke’s background, it was revealed that both he and his wife, Amy are descended from white men who enslaved African people.

On Sunday, the 2020 presidential hopeful, who said he and his wife were not aware of this history, took to Medium to explain the revelation of their backgrounds.

According to O’Rourke, his great-great-great-grandfather Andrew Cowan Jasper once owned two Black women named Eliza and Rose in the 1850s, and his maternal great-great-great grandfather, Frederick Williams, most likely owned enslaved African peoples in the 1860s. He further explained that his wife descended from a man who owned Black Americans and fought to protect the inhumane institution of slavery by enlisting in the Confederate Army.

While acknowledging this history, O’Rourke also brought attention to the fact that his family’s shameful background has in fact afforded him benefits that Eliza and Rose’s descendants likely are not receiving in 2019.

“Rose and Eliza were denied their freedom and the benefits that their labor produced; they and their children were then denied their civil rights after the end of Reconstruction; and their descendants endured open terrorism, economic exclusion and racism in the form of Jim Crow, lynchings, convict leasing, voter suppression, red lining, predatory lending, and mass incarceration. Everything their descendants have accomplished in their lives is despite having all of these odds stacked against them.”

In light of this revelation, O’Rourke also took this opportunity to roll out his plan for Black Americans to tackle disparities within wealth, criminal justice, infant and maternal mortality, education, healthcare technological biases and more as he noted we currently live in “two Americas.”

According to O’Rourke, here is how he would fix several issues in the Black community: