Despite enthusiasm over the coming biopic on Harriet Tubman, there are some who feel the casting of British actress Cynthia Erivo does a disservice to the abolitionist's memory 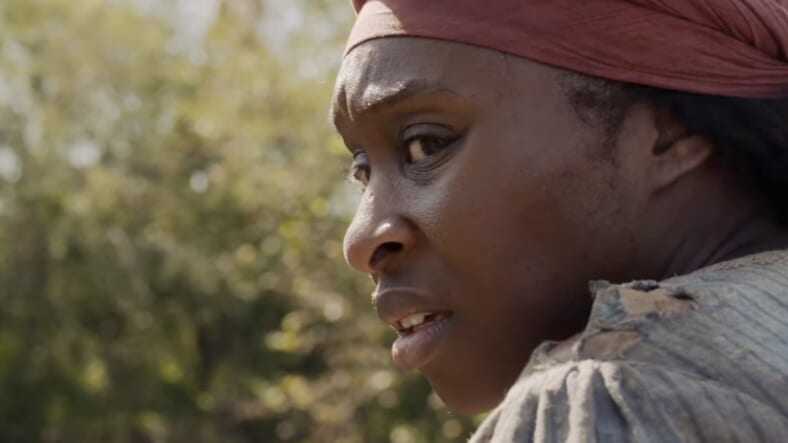 Earlier this week, the first trailer was released for Harriet, the upcoming movie about abolitionist Harriet Tubman, starring Cynthia Erivo (Widows) leaving many anticipating the release of the film. But shortly thereafter, critics questioned if it was wise to hire a British actress to play such a monumental figure in African American history.

According to Movieweb, the controversy is not new and initially started in September 2018 when producers first announced the decision to cast Erivo. But now that the teaser for the film have gotten audiences buzzing, that debate has been re-invigorated.

Naysayers believe that since Tubman was born into slavery in America and was an abolitionist who fought to free others from that very American specific plight, it would have been more culturally sensitive to choose an American descendant of slaves to play her rather than someone from England.

#CynthiaErivo should have never been given the role of #HarrietTubman,” one Twitter user wrote, “She disrespected #ADOS Lineage/Culture/History-#AmericanHistory. Disgusting,someone who hates us get play us.”

The acronym ADOS used in many of these posts stands for American Descendants of Slavery, which according to ADOS 101 the hashtag, “seeks to reclaim/restore the critical national character of the African American identity and experience, one grounded in our group’s unique lineage, and which is central to our continuing struggle for social and economic justice in the United States.”

Erivo has also been accused of mocking African American culture in tweets, inciting further criticism against her.

In the posts, Erivo seemingly mocks Black English drawing the ire of some who feel that she was out of place to do so, and giving the sentiment that she should not play such an important figure in Black history. Detailed screenshots of her tweets have been compiled to illustrate this. In the thread it shows different instances that argue that she is guilty of disrespect of Black Americans.

Twitter user who uses the handle @eBoPeep was vociferous in the thread about their disdain for Erivo being chosen for the role.

“While there aren’t as many smoking guns, when you step back there’s a bigger picture that forms a constellation of disrespect & insensitivity. That doesn’t instill confidence but instead fosters serious doubt,” the user tweeted.

We will not allow the hype of a prestige film to compromise our sacred ancestor Harriet's legacy. #HarrietDeservesBetter #ADOShttps://t.co/J7Rffq6hN6

So once again, Harriet Tubman’s life is an expression of so much that makes African-American descendants of chattel slavery a unique people with a unique lineage, culture & history.

How can you portray her when you dismiss and disrespect that unique lineage, culture and history? pic.twitter.com/oNIqIHUkd9